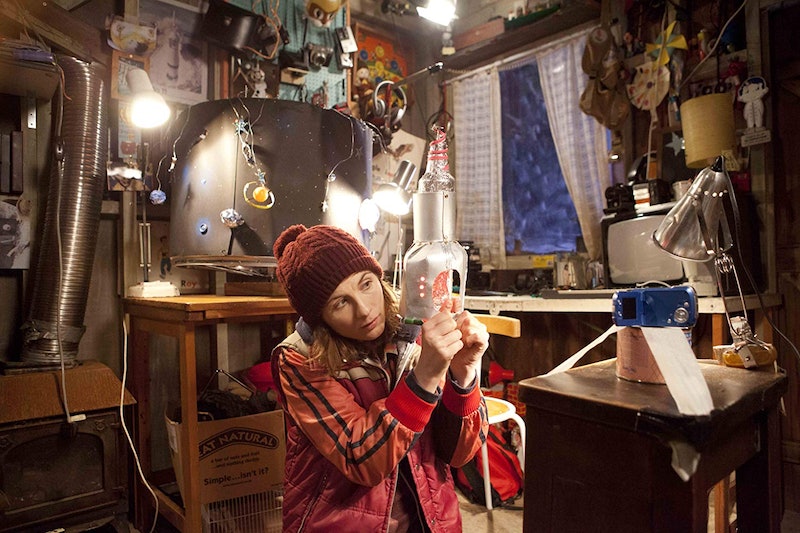 It's a scene quite a number of millennials might be personally familiar with: an exasperated parent demanding to know when you're going to get your life together. Most of us have felt pressure to start checking off markers of adulthood: living solo, being in a stable relationship, holding a steady job, even marriage, family, homeownership, and so on. But in an exclusive scene from the aptly named British film Adult Life Skills, in US theaters and on demand Jan. 18, there's more than just misunderstanding and malaise at work. Doctor Who star Jodie Whittaker plays a character dealing with generational burnout, also coping with a far deeper personal loss.

In 2018, Whittaker made history as the first woman to take on the role of the beloved sci-fi hero, the Doctor. Those familiar with her bright and brisk take on the time traveler may be surprised by her turn as Anna, a sullen, reclusive woman who spent the last 18 months living in a garden shed behind her mother's home in her rural hometown. Barely holding down a low-level job at a boating center, she spends most of her free time making what her mom calls "film-videos" of her thumbs, making them argue existential dilemmas with each other amid homebrew sets.

Anna's childlike regression and isolation is partly her quirky personality, but she's also not coping well with a recent trauma. Instead of mourning and moving on, Anna's literally living in the past. It takes an equally weird cowboy movie-obsessed kid named Clint she meets at her latest job, and the possibility of romance with a local estate agent more awkward than she is, to begin helping Anna break out of her depressive rut.

In the clip below, three generations of women bicker amid rural domesticity as Anna, her mother, and her grandmother reach a breaking point. Anna resists her mother's attempts to talk about changing her current situation, snatching some food from the main house's fridge before marching angrily back to the shed at the bottom of the garden she's called home for more than a year. Anna's mother, at her wit's end, refuses to be ignored and follows her in, eventually grabbing Anna's computer (where she's been typing nonsense) and issuing an ultimatum.

The film's reveal that Anna's lack of momentum is as much part of her mourning as it is her need to retreat to a past that made sense sets it apart from similar "failure to launch" movies about younger folk not taking on responsibilities. But even without that context, her frustration with her mother's insistence would feel just as true. When her mother says they'll find her a lovely flat nearby, Anna's sarcastic "yeah, right" speaks volumes to a younger generation having difficulty communicating how much the world has changed from their parents'.

Even if Anna finds some sort of dream job, what are the odds it would pay her enough to support herself? Her mother and grandmother's harping on her looks and perceived grungy androgyny are bad enough, but their implying a necessary step of being an adult is to latch on and maintain a long-term heteronormative relationship is ludicrous too. Many millennials don't even want to get married.

Of course, that's not limited to just millennials — when Anna's grandma chimes in saying what she needs is "an adventure," both mom and daughter groan and dismiss her idea. But with Huffington Post reporting that, among many other negatives, odds are stacked far higher financially against millennials than prior generations, Anna will still have plenty of issues to overcome, even if she eventually comes out of her shed.