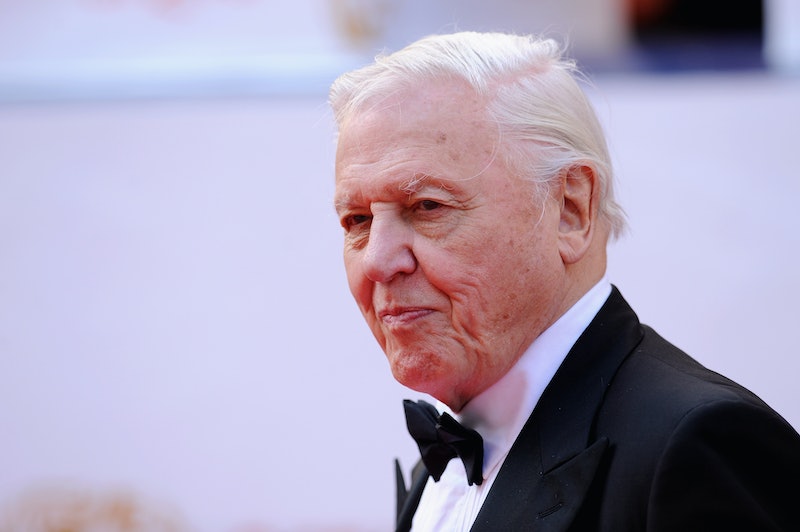 Sir David Attenborough has been at the forefront of bringing the fascinating world of wildlife into our homes for decades. In addition to providing an unmatched level of knowledge when it comes to nature, the national treasure also offers viewers some of the most spectacular animal footage in the world. But does David Attenborough still film on location?

Well, according to the Telegraph, Sir David has worked on location as recently as this year, during the filming of his BBC series, Attenborough and the Sea Dragon, which explored the new species of ichthyosaur found in the fossil beds of Dorset’s Jurassic Coast. However, the veteran presenter did admit that once he's no longer able to meet the physical demands of filming, he will stand down.

During filming of Sea Dragon, the 92 year-old was asked repeatedly to walk up a steep spiral staircase, and when speaking about the experience, Attenborough said "I did it at least six times because of these bloody directors. 'Could you turn a little sooner?,' 'Could you look over here?,' 'Could you walk down the steps, as well as up?'" He continued, "If I can’t walk up and down steps any more, that will stop me. Yes, I do dread not working, although there are things I can do without running up steps six times — books to be written, things I’ve never got round to. But at the moment it seems to be all right."

What many Attenborough fans appreciate most about the TV presenter and environmental activist is of course his world-renowned narration. And although the Dynasties star is still wowing audiences, he did reveal earlier this year that once he can no longer find the right words, he will most likely retire from television. As reported by the Telegraph, Sir David said "I would like to think I would be able to detect when I couldn’t find the right words any more. If I think I’m not producing commentary with any freshness, or which is apposite or to the point, I hope I would be able to recognise it before someone else told me," and continued "I spend a lot of time fiddling with the words. I write a commentary, and feel it’s finished, then go back over it the next day and find it full of infelicities, clumsiness and redundancies. If I thought I was turning in substandard work, that would stop me."

The broadcasters latest BBC series, Dynasties, followed some of the world's most endangered species, and appeared to strike a cord with audiences due to the programme's intense footage and often emotional scenes.

In an interview with the i Paper, Dynasties series producer, Rosie Thomas, spoke about the difficulty of filming the BBC series. She said: "Most of the time we were on foot. When we’re out on location, we get up at 4am and then walk out to the chimpanzees to get to them there before dawn. We’d stick with them all day until we lost the light. Then we’d walk back and go home. On a good day, we’d walk at least eight kilometres, but on a bad day we could travel up to 24. Between the three of us in the crew each day, we’d carry about 80 kilograms of kit, in temperatures that were usually about 40C."

Dynasties is now available to watch on BBC iPlayer.