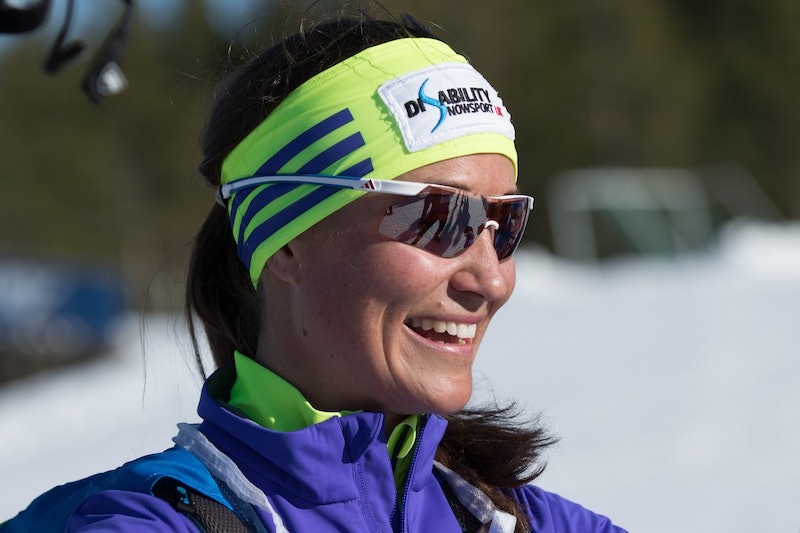 Her proximity to the royal family has the world riveted by her upcoming wedding, but does Pippa Middleton have a royal title of her own? She will after May 20, but not for the reason you might think. Pippa is the younger sister of Kate Middleton, who became the Duchess of Cambridge when she married Prince William in 2011. However, Kate's marriage into the royal family doesn't confer any official title onto her family members. Sorry, fam. The obvious exception to this familial rule, of course, is the children of the Duke and Duchess, Prince George and Princess Charlotte of Cambridge. They're third and fourth in line for the British throne, respectively, after their father and their grandfather.

Pippa Middleton is not in line for the throne, however, so she's carried no title up until now. That would remain the case were she marrying a run-of-the-mill commoner like you or me, but she isn't. On May 20, she's marrying the financier James Matthews, and, once the two are wed, you can go ahead and start calling her Mrs. Matthews, Lady Glen Affric, as long as she says it's OK.

The change will come due to a landowning title that was conferred to James Matthew's father — and Pippa's future father-in-law — in 2008, when he purchased a 10,000-acre estate in the Scottish highlands. Ownership of the plot comes with a "courtesy title," in this case Laird of Glen Affric, which will pass down to James Matthews upon the death of his father.

Lady Glen Affric is a formal title Pippa is free to use or ignore as she sees fit. If she chooses to use it, she'll be a Lady to her sister's Duchess, and, other than that, life won't really change.

Being a Lady won't put her in line for the throne or make her a part of the royal family or really do anything beyond making family dinners slightly more complicated. "Excuse me, Mrs. Matthews of Glen Affric the younger? Could I induce you to pass the clotted cream to the Duke of Cambridge, and somehow make the Prince of Cambridge stop pinching the Princess? Thanks, ever so much." But, hey, it's a more exciting dinner than most of us will ever have, so there's that.

More like this
The Queen’s Reaction To Helen Mirren At The Windsor Horse Show Was Utterly Priceless
By El Hunt
Is Megan Fox Pregnant? MGK Gave A Shout-Out To Their “Unborn Child” Onstage
By Hugh McIntyre
Sanditon’s Theo James & Wife Ruth Kearney Are Embracing Family Life
By Aoife Hanna and Sabah Hussain
Sasha Lane’s Greatest Love Of All Is Her Daughter
By Sophie McEvoy
Get Even More From Bustle — Sign Up For The Newsletter