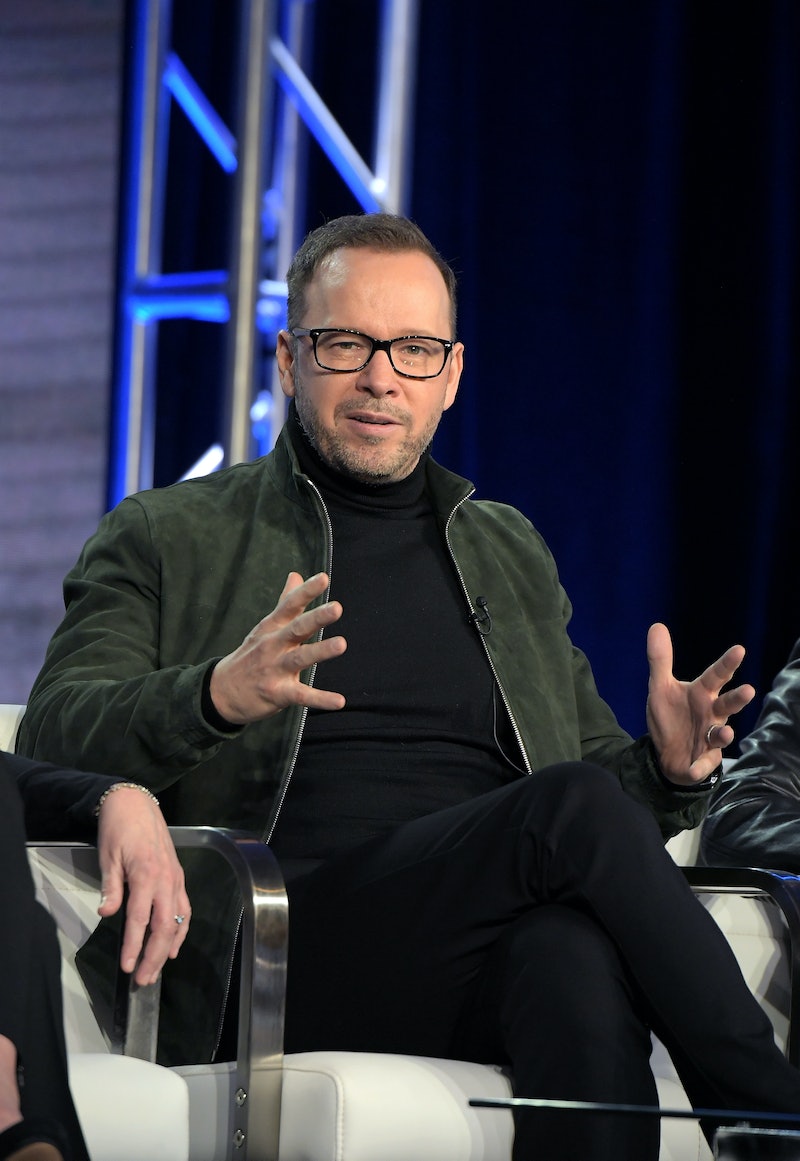 In a mystery for the ages, Donnie Wahlberg won't confirm if he's The Rabbit on The Masked Singer. Since the singing competition premiered on Fox in January, the internet is now highly convinced that The Rabbit is a boy band member and the New Kids on the Block singer is a suspect. But in a new interview, Wahlberg won't admit nor deny that he's, in fact, the one in bunny ears, and his claims should leave fans feeling more suspicious than ever.

"There's a list of boy band-ers who are alleged to be The Rabbit, and I'm on the list," he acknowledged to TV Guide at the Television Critics Association press tour on Monday. "I think I'm trending third now behind Joey Fatone and Joey McIntyre." (Fatone and McIntyre are members of NSYNC and NKOTB, respectively.)

According to TV Guide, Wahlberg "played coy" when discussing the possibility of being The Rabbit. He further tried throwing audiences off his scent, especially since his wife Jenny McCarthy is a judge on the show. "My wife signed the nondisclosure, so I don't even know who's in the costume," the singer said. "But if it's me, I don't know yet." If he wasn't The Rabbit, wouldn't he just say it? Unless he's really conspiring with his wife to throw us all off...

McCarthy's denied that her husband is The Rabbit, but fans aren't totally buying it. When visiting the Today Show in January, the judge claimed she and Wahlberg would be Facetiming when The Rabbit was performing. "He would answer when The Rabbit was on stage!" she claimed. "He does like to hop around quite a bit, but you'll have to wait and see who it is."

After performing songs like "Livin' La Vida Loca," "Wake Me Up," and "Poison," fans have also guessed The Rabbit could be NSYNC's J.C. Chasez and Backstreet Boys' Nick Carter or A.J. McLean. The wild competition show continuously has fans dumbfounded by the celebrities who are revealed after performing under elaborate masks. And The Rabbit has everyone stumped, including the judges. According to Entertainment Tonight, judge Nicole Scherzinger guessed it was Criss Angel, Ken Jeong guessed Jake Gyllenhaal, Lance Bass, and Justin Timberlake, and Robin Thicke guessed Joey Fatone.

The hints The Rabbit has given about themselves so far are also telling. According to ET, The Rabbit's claimed their "height is about 5'11" and they've spent "most of [their] life on stage, but was never alone." While Wahlberg is still a contender, further clues suggest The Rabbit is an NSYNC member. They've teased, "I pop up here and I pop up there" (possibly alluding to "Pop") and said, "I'm here to win and you better believe, the last man standing is gonna be me" (maybe referencing "It's Gonna Be Me"). However, when the judges asked if he is or was in a band, he confirmed he "is in a band" currently.

The show includes mystery competitors that range from Emmy and Grammy winners to Hall of Fame players. So far, Season 1 has unmasked stars like Tori Spelling, Margaret Cho, Antonio Brown, and Ricki Lake. It's really anyone's guess at this point, but if Wahlberg does end up being The Rabbit, he and McCarthy are truly pro conspirators.