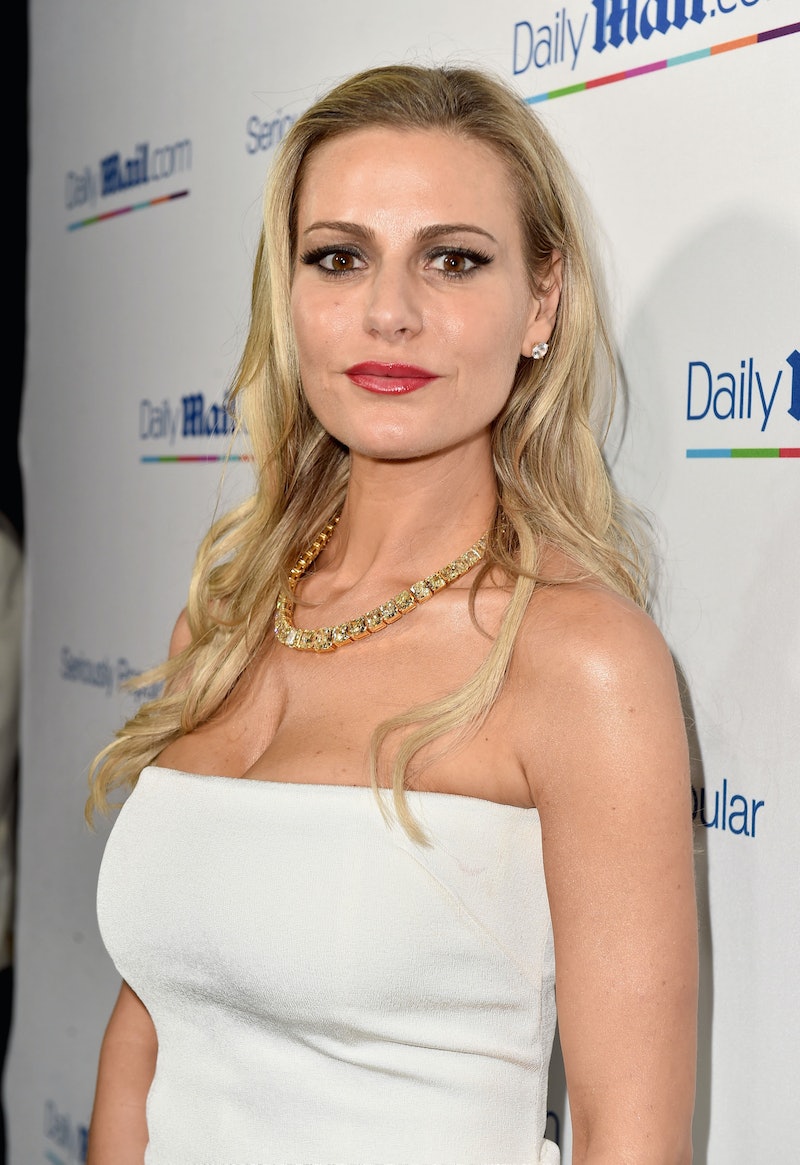 There is a lot that has bothered me this season on The Real Housewives Of Beverly Hills about the new cast member Dorit but Tuesday's fight with Erika Jayne on the junk boat in Hong Kong was next level frustrating. Ever since the beginning of "pantygate" this season, Dorit has excused her husband's behavior on RHOBH. When defending her husband's offensive remarks about Erika on Tuesday, she repeated the same troubling excuse that of course a man would not be able to stop themselves from looking at a woman whose dress was accidentally exposing herself.

The problem with Dorit's "boys will be boys" attitude is that makes women at fault for men's behavior and gives men no accountability for their own actions. During Tuesday's episode, when Erika told Dorit that it wasn't her fault that P.K. took the opportunity to look at her exposed body, Dorit literally asked, "What on earth do you expect a man with a beating heart to be doing when a girl's vajayjay is in front of him?" There are so many offensive and straight up wrong things with this statement that I don't even know where to begin. Luckily, Eileen basically said what I was thinking when she responded with, "Oh my god, I would never in a million year expect Vincent to sit there and stare up some girl's skirt."

No one should expect their significant other (or anyone, for that matter) to stare up another woman's skirt without their consent. To insinuate that this is par for the course is offensive to women because it makes us look like we should weakly accept degrading behavior because "boys will be boys." This is also completely degrading to men because it is generalizing them all as perverts who can't even control themselves in the most basic of circumstances.

I am glad that no one accepted Dorit's troubling attitude towards this issue. The ladies all seemed to agree that this kind of behavior was not normal and should not be normalized in any sense of the word. Hopefully she catches up soon, too.