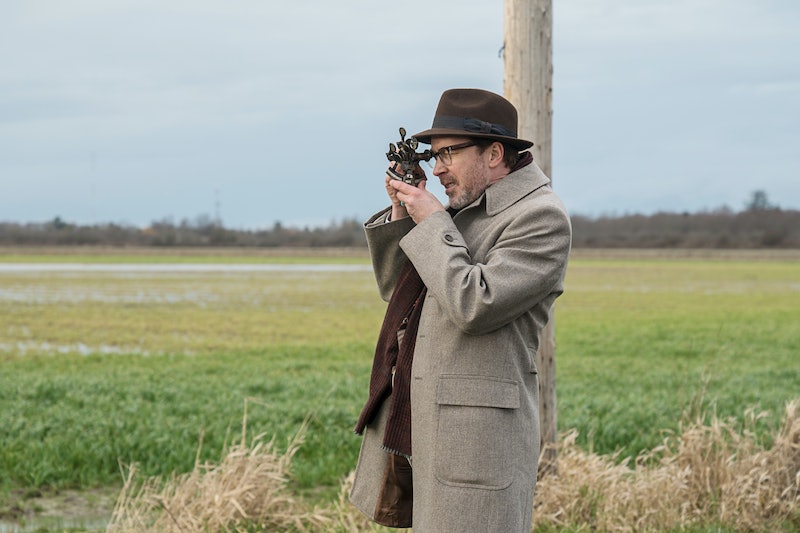 Though History Channel's newest drama may initially seem far-fetched, it actually has way more truth to it than you might think. Dr. J. Allen Hynek from Project Blue Book was a real person, and his story definitely sets up the show for a wild ride. According to the History Channel, Hynek was a director at Ohio State University's McMillin Observatory until he was recruited by the government to help investigate UFO sightings.

At first, he was a skeptic. "I had scarcely heard of UFOs in 1948 and, like every other scientist I knew, assumed that they were nonsense," Hynek wrote, per History. Nonetheless, he joined Project Blue Book, a series of UFO studies led by the U.S. Air Force, in 1952 and remained there until it ended in 1969 — all the while maintaining his teaching at Ohio State and, later, Northwestern University.

Hynek went on to found the Center for UFO Studies in 1973, according to research group's official website. "With the closing of Project Blue Book in 1969, [Hynek] began to seriously consider forming a private, scientific UFO organization composed of scientists and other highly-trained technical experts, who would work together to solve the UFO enigma," the site reads. Hynek also published several books about his UFO studies, including 1972's The UFO Experience: A Scientific Inquiry, 1975's The Edge of Reality: A Progress Report on the Unidentified Flying Objects, co-authored with Jacques Vallee, and 1977's The Hynek UFO Report, among others.

A New York Times' obituary from 1986 reports that Hynek died of a brain tumor in Arizona when he was 75 years old. The Times states that he's actually credited with coining the phrase "close encounters of the third kind," which any extraterrestrial life theorist should be familiar with.

Hynek is portrayed by Game of Thrones alum Aidan Gillen in Project Blue Book, which dramatizes the real-life details of his research. Of the man he's playing, Gillen told Metro USA that he understood the fascination with UFO and extraterrestrial life, and that he accepts there are some things we simply might never know.

"I'm an open-minded person," he said. "A logical thinker like Hynek was open to stuff that might have been beyond his own comprehension. Just beyond his, or our, current understanding, because there is so much we don't know about the universe and our place in it — where we may have come from or where we're going. We like to think we have an understanding of it all through physics, that we've got everything down, but I don't know if it's arrogant or not to assume this."

His co-star, Michael Malarkey, found himself increasingly pulled into the history behind Project Blue Book. "There's all of these weird theories about us being descendants of aliens, and the pyramids being something else than what we thought they were, or even having been built at a different time period than we thought," Malarkey told Collider. "What I hope is that people will do research on their own, after watching this. I feel like I grew up very ignorant, as did much of the nation, because that's what Blue Book intended. They intended us to sweep this under the rug and forget about it, or consider it just some sci-fi hoax about cartoon aliens."

The show's stars are certainly on board with its interesting subject matter, and it's all the more compelling because it's inspired by a real man's life. Only time will tell if audiences will be sucked in in the same way.