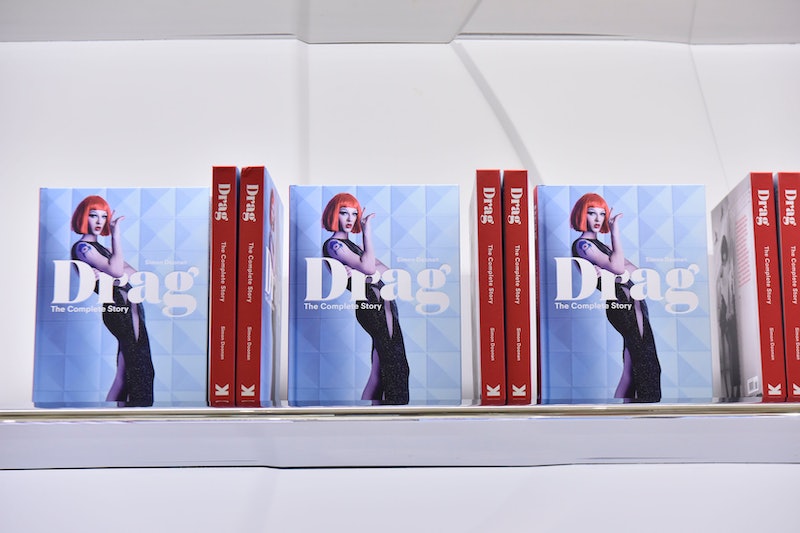 Unless you've been off the internet entirely for the last decade, you're aware that RuPaul's Drag Race brought drag to the front and center of pop culture. But with his new book, Drag: The Complete Story, writer and fashion commentator Simon Doonan explores the complete history of drag and its impact on everything from fashion design to the use of drag in the LGBTQ community.

Filled with witty text and dazzling photography, Doonan uses Drag: The Complete History to highlight the interest in gender fluidity that led to the rise of drag culture, defining its impact far beyond the reaches of its initial community. And crucially, Drag takes a poignant look at Black icons like trans activist Marsha P. Johnson and, of course, RuPaul, whose work made a significant impact.

In an exclusive excerpt from the book shared with Entertainment Weekly, Dornan writes on RuPaul and the Black drag queen:

Whether you're already a massive fan of drag culture, or just interested in learning more about the movement's origins over the centuries — from tabloid scandal in the Victorian era to Emmy-award winning phenomenon in the 21st century — you'll find something to love in Doonan's extensive tome.

The best part? All author proceeds from book sales will go to the Ali Forney Center that helps homeless LGBTQ teens find safety and independence as they move from adolescence to adulthood. And with Black trans women most at risk of high levels of violence in the U.S., it is beyond necessary to not only support the LGBTQ community on television and in fashion, but in the real world, too.

Drag: The Complete Story will hit shelves on Sept. 17.