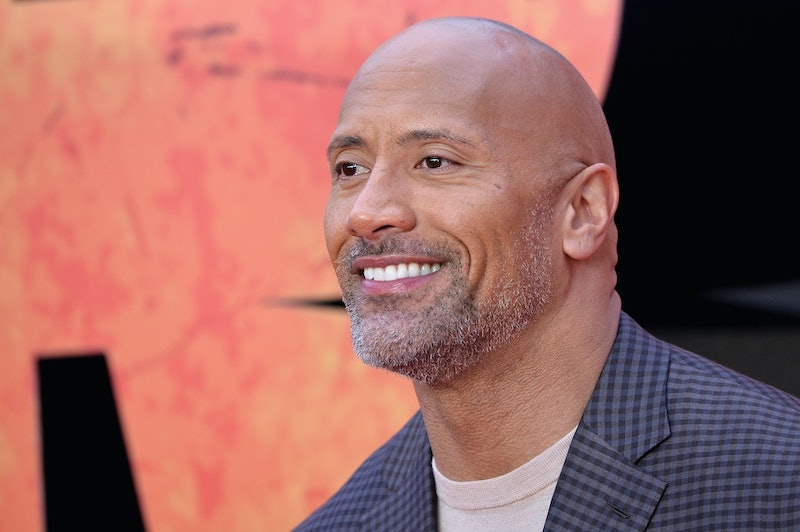 The holidays are wrapping up, but your favorite action movie star has one last big surprise. Dwayne Johnson bought his mother a new home for Christmas, and her reaction was so emotional. On Saturday, Johnson shared a video of his mother, Ata, opening the gift on Instagram. The star wrote his mother a golden ticket that explained she could choose any house she wants, wherever she wants. In the video, Ata opens the letter and reads the moving message from her son about how much he loves her. The letter also revealed Johnson will be buying the new home for his mother. She begins crying, and it's clear from her reaction just how meaningful the gift is.

On Instagram, The Rock shared a long message about the significance of the present. He noted how their family lived in small apartments their whole lives, and struggled to settle down in one place. The home is not the first one he's bought for his mother, who is 70, but it is particularly special this time around. Johnson wrote:

"This one felt good. Surprise! Bought my mom a new home for Christmas. All our lives growing up we lived in little apartments all across the country. Lived like gypsies on the road from one state to another. The first home my parents ever lived in was the one I bought for them in 1999. They divorced about 5yrs later and as with life, stuff happens and things got a little complicated. Since then I always made sure my mom and dad have everything they'll ever need — houses, cars etc. But the house this time is a special one and the timing is very meaningful."

In the video, Johnson taped his mother as she read from the note. "We love you mom, and Merry Christmas," Ata said. "This Willy Wonka Golden ticket is good for a brand new home." His mom started to tear up before getting through the note, and at the end of the video, Johnson gave his mother a big hug. The video is interrupted by one of Johnson's daughters, which gave Ata a chance to share the news about the house with her granddaughter.

Johnson included a message of appreciation for his mother in the caption as well, showing why it was so meaningful to be able to support her. He wrote:

"I always say, if you got a good mama, then you gotta pretty good shot at becoming a decent human being. And somehow, somewhere along the line I became one lucky SOB to be able to make stuff like this happen. Merry Christmas Ma and WOOOHOOO enjoy your new home."

He also signed the post with his hilarious holiday nickname, "Dwanta," and a Santa Claus emoji.

This isn't the first time this year the star has gotten into the holiday spirit. On Saturday, Dec. 29, Johnson shared a video in collaboration with Make-A-Wish, bringing several kids onto the set of Hobbs and Shaw. The actor surprised the kids with video games and chocolate chip cookies. "I got the best job in the world," the Rock said. "This kind of stuff is easily the best part of my fame, I'm lucky."

Even though Johnson is known for his generosity year round, it's clear he was taking full advantage of his Dwanta Claus responsibilities this year. The Skyscraper actor took the opportunity to brighten up the holidays for both his loved ones and for young people in need. His gifts definitely made the people in his life emotional, and fans might just shed a tear when they see his acts of kindness as well.

More like this
Stanley Tucci & Felicity Blunt’s Relationship Timeline Might Make You A Little Hungry
By Jake Viswanath
Everything To Know About Taylor Swift’s 10th Studio Album, 'Midnights'
By Grace Wehniainen and Jake Viswanath
Kesha Is Down To Be The Next Bachelorette
By Jake Viswanath
Who’s The Richest 'Grey’s Anatomy' Star? See The Net Worth Of Each Cast Member
By Hugh McIntyre
Get Even More From Bustle — Sign Up For The Newsletter