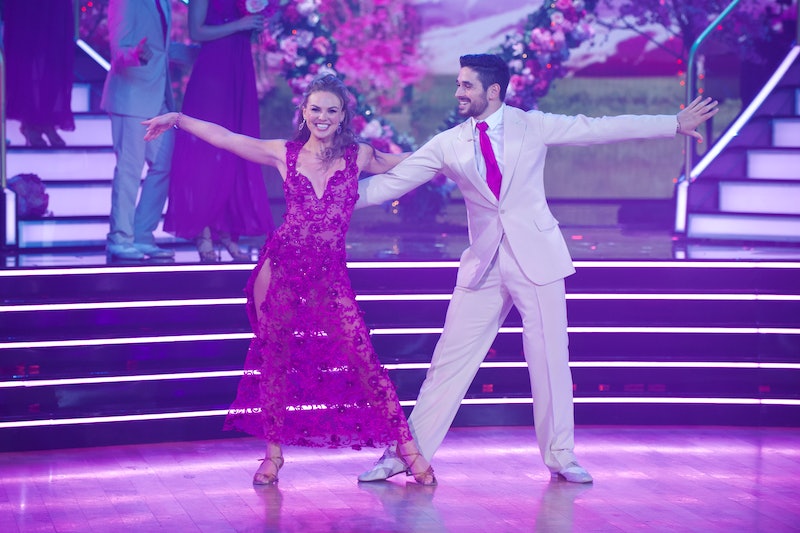 After 11 long weeks of competition, Alan and Hannah B. won Dancing with the Stars Season 28. The duo beat out three other couples to earn the Mirrorball trophy, and it was a hard fought victory. Fans who have followed Hannah's journey since she was on Colton Underwood's Bachelor season earlier this year know it's been a long year for the Alabaman, and she finally got a win.

In January, Hannah was introduced to the world as one of the contestants on Colton's Bachelor season. Despite some drama early on with fellow pageant queen Caelynn Miller-Keyes, she went far in the competition. But ultimately, Hannah was sent home before she had a chance to introduce Colton to her family. After that, she was named the new Bachelorette, and it seemed like she was finally going to get her own happily ever after. However, shortly after accepting Jed Wyatt's proposal during the show's finale, Hannah revealed that they'd broken up. Reports surfaced while the season was still airing that Jed hadn't been entirely honest about why he came on the show and had been dating another woman right before meeting Hannah, so she decided to end things.

Then came Dancing with the Stars. Hannah's journey on the show was far from easy. She didn't get perfect 10s every week. She struggled at times. She admitted she wasn't a natural performer and that she was just trying her best. She battled a rib injury, swollen feet, sleep deprivation, and fitting rehearsals in around a jam-packed appearance and performance schedule. But Hannah said during DWTS that she was glad it wasn't all smooth sailing because the experience helped her grow.

She joined the show fresh off of her Bachelorette heartbreak and threw herself into something she knew almost nothing about. She not only got better each week, but she won the whole damn thing with sweat, tears, and perseverance (plus an assist from her dance partner Alan, of course). Together, the two earned every mirror on that Mirrorball trophy. January through July wasn't necessarily the best time of Hannah's life — at least from the outside looking in. But after her DWTS win, you could say it's all coming up roses for her now.