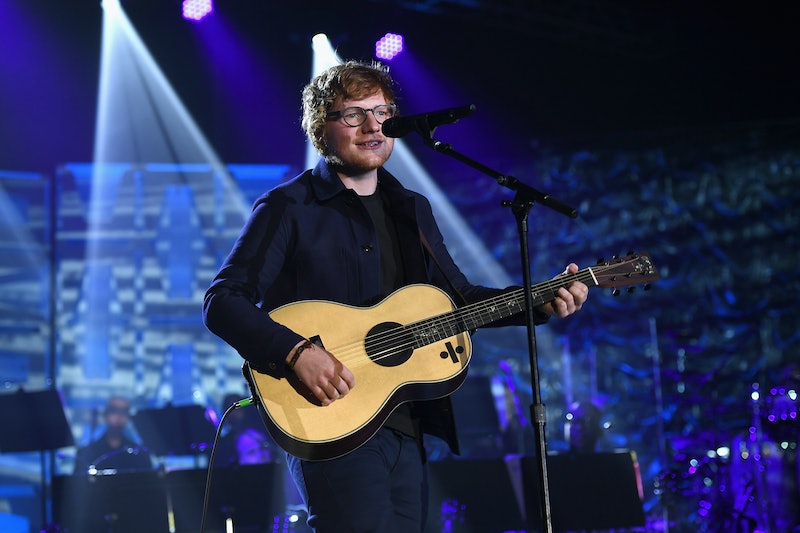 If Ed Sheeran wanted to add "is really modest about going to Westeros" to his list of accomplishments, he could. At Thursday’s Songwriters Hall of Fame gala, Entertainment Tonight spoke with the “Castle On a Hill” singer about his upcoming spot on the HBO fantasy series, Game of Thrones. Get this: Sheeran said his Game of Thrones cameo isn’t exciting. Uh, fans will be the judge of that, Sheeran.

"I haven't seen it yet! I just know the scene I did, I did with Maisie [Williams], and it's decent. I like it. Nothing exciting happens in this scene, we just have a conversation and that's kind of it."

Uh, pump the brakes. Er, what’s the Westeros version of pumping the brakes? Would it be “tell Drogon to pull over”? Tell Drogon to pull over, then. Because I can’t believe Sheeran said “nothing exciting happens” in his GoT scene. Back in April, Sheeran told Tom Green that he sings a song to Arya Stark, for Nymeria's sake. Seems as though something exciting may happen after all.

Sheeran could literally just give Arya Stark directions to the nearest candle shop (I don’t know, maybe she has to get someone a birthday present?), and that would be exhilarating. Because, like I said, it’s Arya Stark. And Arya Stark rules. And yes, Sheeran is cool, too.