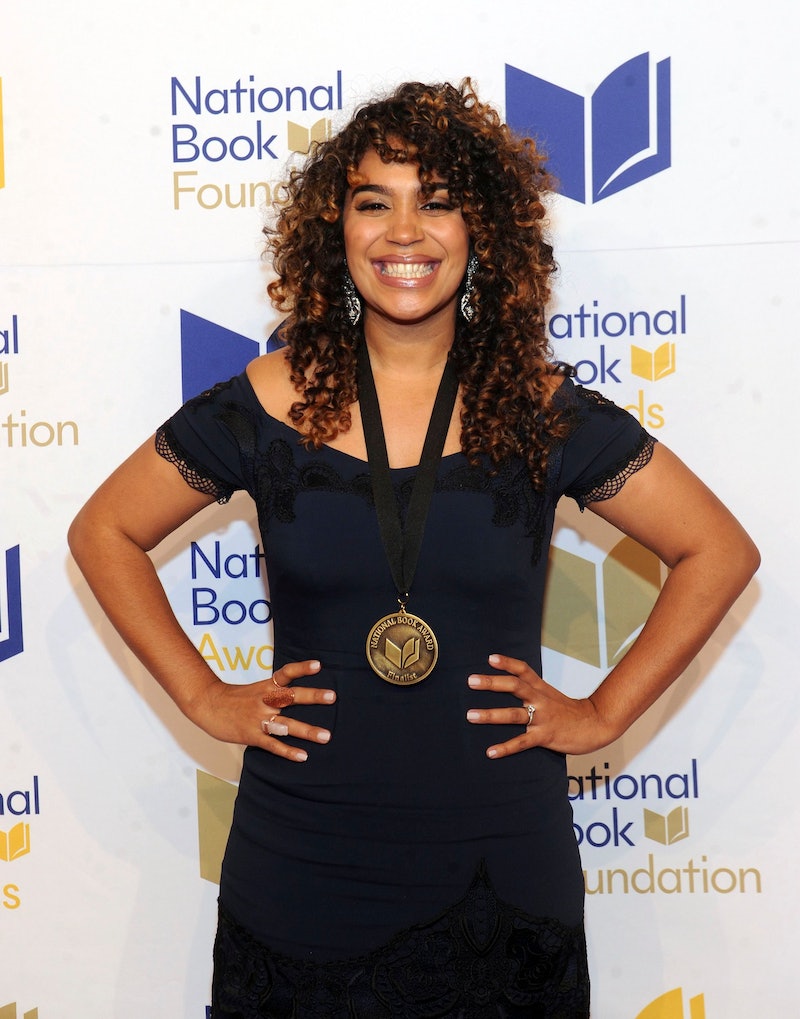 No matter how prestigious, literary awards are far from perfect. It is no secret that white men reign supreme when it comes to winning prizes like the Pulitzer (no woman has won a Pulitzer since 2014 and only three women of color have won) and the Nobel (only 14 women have been awarded a Nobel Prize in Literature). All too often, women — particularly women of color — go overlooked. But Elizabeth Acevedo, author of National Book Award winning YA novel The Poet X, just made history in a big way. On Tuesday, Acevedo became the first writer of color to receive the Carnegie Medal in the prizes's 83-year history.

The Carnegie Medal is an annual British literary award that recognizes one outstanding new English-language book for children or young adults. Voted upon by the Chartered Institute of Library and Information Professionals, it is called "the UK's oldest and most prestigious children's book awards."

Acevedo, the daughter of Dominican immigrants, won the Carnegie just two years after the prestigious award came under fire in March 2017 for releasing a 20-book longlist of nominees, all by white writers. According to an article in the Guardian, the organizers instigated an independent review and concluded "that the UK’s overwhelmingly white librarian workforce, who nominate books for the medal, were mostly unaware of titles by writers of color."

Organizers of the Carnegie Medal promised to restructure to account for its lack of diverse winners, which makes Acevedo's win even more meaningful: Not only is she the first writer of color to win, but she won for a debut Own Voices release, written in verse, about an Afro-Latina teen.

The Poet X follows Xiomara Batista, a teen from Harlem who struggles with body image, her first experience with love, her religious mother's strict rules, and her changing relationship with her twin brother. Desperate to find an outlet for all of her emotions, Xiomara turns to her leather notebook, where she writes poems and verses. When she's asked the join her school's slam poetry club, she knows it could change everything. In addition to the Carnegie Prize, The Poet X is the recipient of the National Book Award for Young People's Literature, the Michael L. Printz Award, and the Pura Belpré Award.

Acevedo has been busy in recent months — and not just accepting awards. In May 2019, she released her second book, With the Fire on High. The novel follows Latina teen Emoni Santiago, a teen mom who feels magic in the kitchen when she cooks, but knows that her responsibilities at home come first. But when a cooking club at school presents her with a huge opportunity, Emoni might have no choice but to embrace her passion.

Here's hoping that Acevedo's historic win is far from the last for the Carnegie... and other literary prizes around the world.