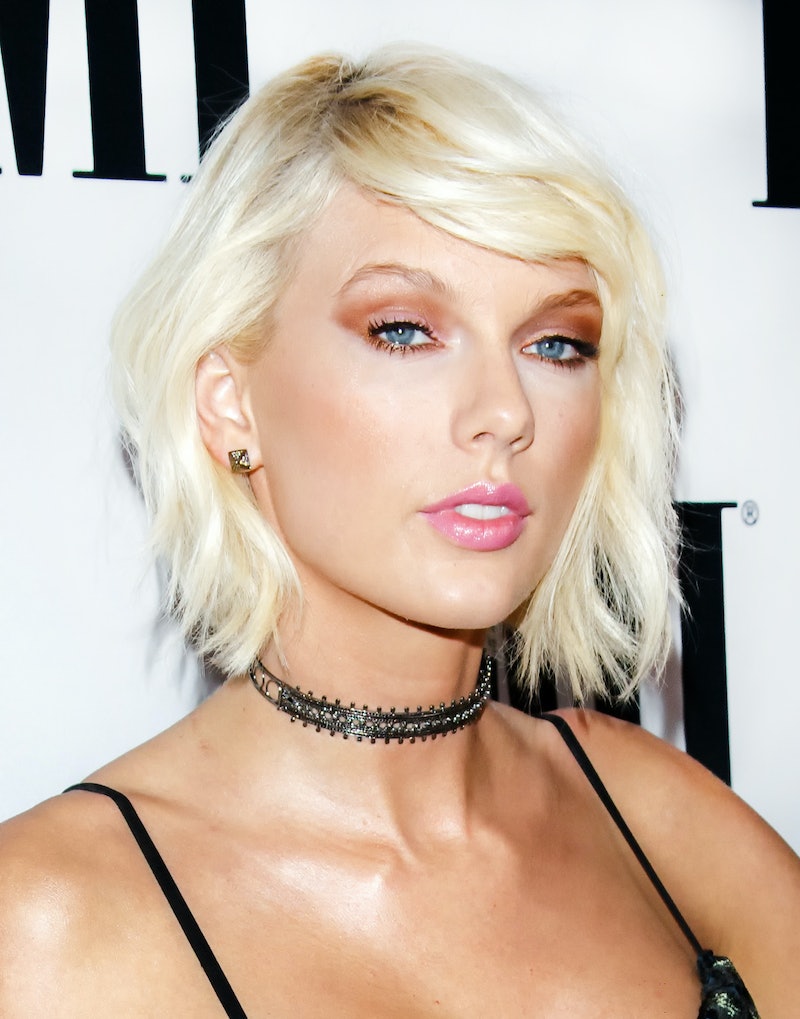 Stop whatever you're doing, because the cryptic snakes have ended. Some real announcements have begun, and fans can finally obsess over everything we know about Taylor Swift's new single so far. Because it's actually happening, you guys. On Instagram, the singer shared three consecutive posts confirming its imminent arrival, including when Swift's new single will be released.

Her first Instagram post, featuring white text on a black background, read simply, "First Single Out Tomorrow Night," meaning Thursday night. While a third post teased the name of Swift's new album — Reputation, written in a gothic font that suits the snake visuals — with the statement that it's "coming soon."

A second and more intriguing post reveals what looks to be the cover art for Swift's new album. Featuring a black and white palette, and showing Swift embracing a look full of punk realness, the image features an overlay of newspaper headlines repeating her name. It's a striking image, and one that appears to hint at Swift clapping back at the headlines that have followed her before and during her break from the spotlight. Swift is, of course, known for songs that express moments or relationships played out in the public eye, and this glimpse at her upcoming album suggests that Reputation won't be changing that habit.

That's what we know so far about her new album, but her new single? Well, there's all this...