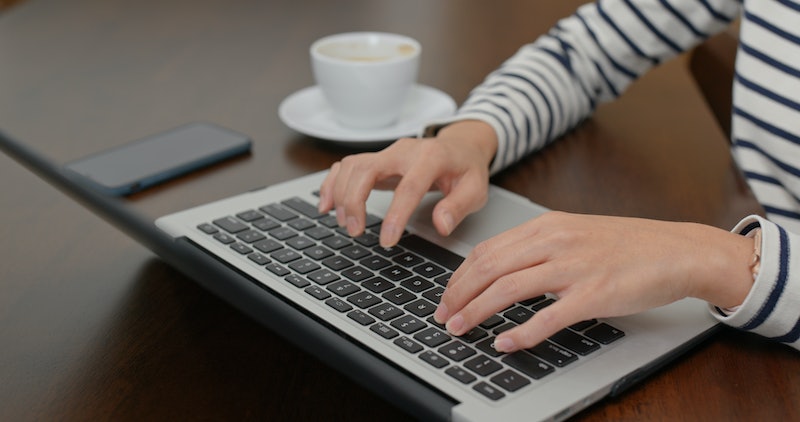 Want to participate in NaNoWriMo, but don't want to compose a 50,000-word novel in 30 days? That's OK, everyone's journey is specific to them and sometimes you just want to break the NaNoWriMo "rules." Well, if you're feeling rebellious, I have everything you should know about being a NaNo Rebel, so you won't be caught off-guard while writing your non-traditional project.

Every year, thousands of established writers and aspiring authors lock themselves away — some figuratively, some literally — to complete one of the world's most difficult and well-known writing challenges: completing a 50,000-word novel in 30 days. "Winning" NaNoWriMo — that's National Novel Writing Month, for the uninitiated — is defined as writing a 50,000-word novel manuscript, which participants — aka Wrimos — are encouraged to edit in the months that follow.

A NaNo Rebel, then, is anyone who chooses to write something other than a new, 50,000-word novel during the month of November — or April or July, in the case of Camp NaNoWriMo. Rebels may be editing an already-written manuscript, writing short stories, creating their very own video or board game, or composing a work of non-fiction. Being a Rebel allows non-novelists to participate in NaNoWriMo alongside their friends, without having to pursue something that isn't their passion. Still, completing the challenge as a NaNo Rebel is just as intense as writing a traditional novel in 30 days, and you should be prepared for what's coming.

Here's everything you should know about being a NaNo Rebel:

No One May Be Writing a Project Like Yours

As a challenge, NaNoWriMo is a grueling slog, but it's easier when you have a group of like-minded writers to peer-pressure you into pushing forward with your writing project. But because being a NaNo Rebel means something different to each individual writer, you're likely to find that you're one of just a few people, or even the only person, pursuing a project like yours. Some may argue that this constitutes a large part of the allure of rebellion, but you should be prepared for a month of creating without as much support as traditionalist, Old-School Wrimos, because...

People May Not Understand What You're Doing, Or Why

It's sad, but true. Writing a non-traditional, non-novel project is similar, in many ways, to writing an experimental work of book-length fiction. People may not understand what it is that you've set out to do, and some may even react with unexpected negativity toward you and your work. That isn't kind of them, of course, and it has no place in the NaNoWriMo community, as far as I'm concerned, but the reality of the situation means that you — as a Rebel among Old-School Wrimos — should be prepared to encounter hostility along your way.

It Might Be Difficult To Track Your Word Count

This is perhaps the most challenging thing about being a NaNo Rebel. Old-School Wrimos have to keep track of how many words they write, and while it's certainly not easy to put down 1,667 words a day for 30 consecutive days, tracking their progress is pretty straightforward. But should editors count the 50,000-word manuscript they've trimmed down to 40,000 as a NaNo win? What does a 50,000-word project when you're coding a video game or designing a tabletop RPG? The NaNoWriMo community is here to help, of course, but you'll ultimately have to answer those questions for yourself, Rebel.

The Challenge Could Be Harder Than You Think

All of this means that winning NaNoWriMo probably won't be any easier for the NaNo Rebel than for the traditional novelist. It's OK to take on the NaNoWriMo challenge and fail — thousands of people do it every year. You shouldn't go into this thinking it will be a piece of cake, but you also shouldn't get discouraged. If Old-School Wrimos like me can do it, so can you, Rebel. I believe in you. Now get to it!