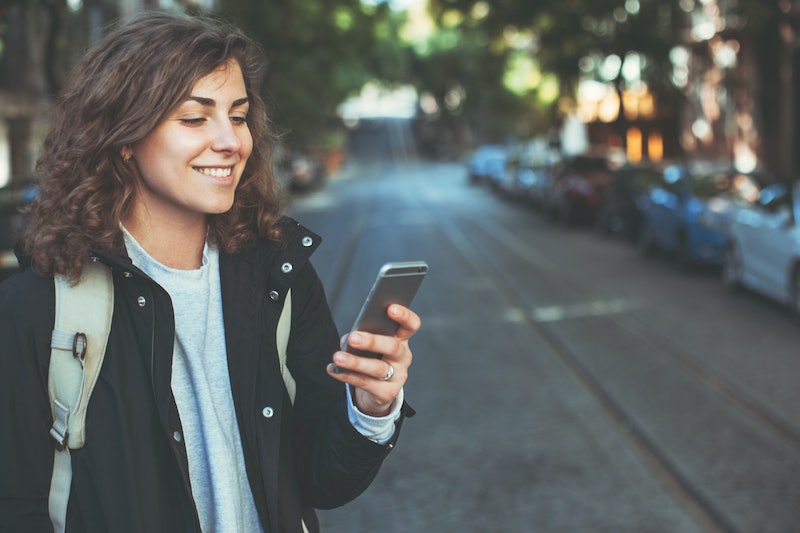 University is the time to learn all about your likes and dislikes, have the freedom to express yourself, and find new interests. Maybe new interests you never thought you might have. People you never thought you might meet. And, let's be real, a whole lot of sexual promiscuity you might never have had access to before. But in this day and age, it seems no one has time for the aforementioned promiscuity as all we're doing is take selfies and scrolling on Instagram. But guys, according to a new survey, "excessive" phone use among students actually means more sexual partners. I know right? What's that all about?

Well, may I just preface this discussion by saying that excessive phone use has had zero bloody positive effect on my sex life so I'm pretty ticked off.

The survey, which involved 3,400 U.S. students, found that the proportion of students who had six or more sexual partners was more than double among those who admitted to overusing their phones in their day-to-day life.

The precise reasoning behind it all is fairly difficult to identify. However, Dr Sam Chamberlain, who is one of the authors of the study, offers up some potential ideas behind the notable correlation. And you guessed it, dating apps are involved. "It could be that people are using smartphones to date via apps," Chamberlain said. He also commented: "The strongest finding was that people reporting problematic use of their phones were also more likely to have the trait of impulsiveness, and this could also play a part in the number of sexual partners they have."

But this wasn't the only area the survey looked into. Sadly, researchers also found students who are overusing phones may actually have some pretty severe problems in their offline life. Problems including lower grades and issues with alcohol abuse. On top of that, they are also more inclined to report suffering from anxiety or depression.

Professor Jon Grant from University of Chicago noted that, although the effect on students' grades was not dramatic, the gradual effect could grow to a bigger issue with time. Leaving them with all kinds of issues that contribute to them having a more challenging life.

"Although the effect of problematic smartphone use on grade point averages was relatively small, it's worth noting that even a small negative impact could have a profound effect on an individual's academic achievement and then on their employment opportunities in later life."

Looking to the future, Chamberlain has said he sees a need for deeper research into this area. "We need studies that follow young people over a long period of time," he said.

Speaking to the BBC, Dr Abigael San, who is a member of the British Psychological Society, commented on the study:

"It is concerning and I'm glad the work is being done. All of these effects are very real and are problems discussed in therapy sessions. Often people don't come with a smartphone issue — instead it is a mental health issue or a relationship break-up — but more than often smartphone usage plays a part."

It's certainly something to think about.

This article was originally published on July 5, 2019