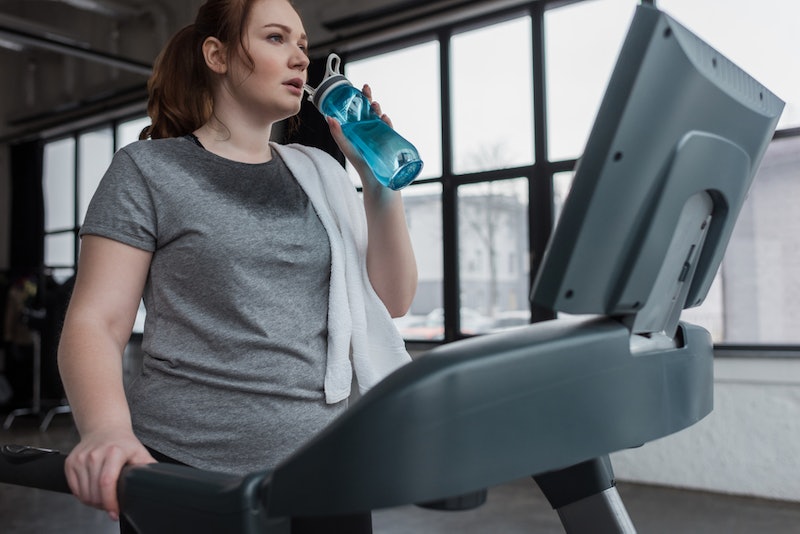 Plenty of studies have shown that exercise can boost brain health over time, especially in older adults at risk for dementia. However, a new study published in the journal Neurology, the medical journal of the American Academy of Neurology, found that regular aerobic exercise can improve thinking skills in people as young as 20. Basically, if your brain feels foggy, improving the quality of your thinking might be as easy as getting up from your desk and going for a walk.

The study involved people ranging in age from 20 to 67 who did not exercise regularly. Participants were split up into toning and stretching groups and aerobic exercise groups. According to a press release about the study, the aerobic groups showed double the improvement in thinking skills versus the stretching and toning groups. Overall, those who completed the aerobic exercise achieved scores on executive functioning tests that trended 10 to 20 years younger than their physical age. While exercise isn't exactly a fountain of youth, this study adds to a big body of evidence that, well, it's pretty good for you.

"We found that all participants who exercised not only showed improvements in executive function but also increased the thickness in an area of the outer layer of their brain," study author Yaakov Stern, Ph.D., of Columbia University in New York, said in a press release about the study.

So, what's brain thickness got to do with it? According to a study published in the journal NeuroImage, the thickness of the brain's cortex has a direct correlation to intelligence. This means that keeping your brain thick will also keep you smart. Because your brain cortex thins naturally over time, being able to keep it thick with something as simple as aerobic exercise is pretty boss. If you think you're too young to worry about losing brain thickness, the study noted that thinning begins after age six.

If you want to keep your thinking sharp now and into your golden years, adding regular aerobic activity to your fitness routine is an easy way to do just that. Aerobic exercise is anything that gets your heart rate up. Whether it's walking, cycling, dancing, etc., pick an activity that suits you and start building that brain thickness. Hey, you're busy. You need activities that do double duty, and engaging in aerobic activity is like a trip to the gym for both your body and your brain.

While these studies are new, the idea isn't. Another study published in the Journal of Experimental Psychology explored the connection between walking and creative thinking, and found that it's an idea that's been around for millennia. In four experiments, the study found that walking actually did stimulate the brain and release a flow of ideas. Think of it like shaking up a snow globe. To get your brain juices going, you've got to get them moving.

That being said, while all of this research is promising, it's not a cure for dementia, and the studies didn't find evidence that aerobics combatted memory loss. However, anything you can do to keep your mind and body strong gives you the best chance at staving off conditions that seek to sap your brain power. If nothing else, going for a walk can help clear the proverbial cobwebs and it just might shake loose some new ideas.