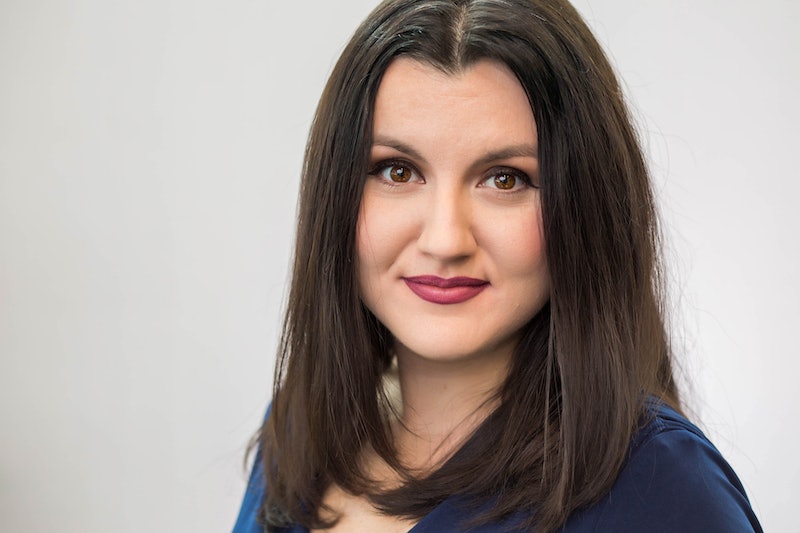 Facebook's offices have reached folkloric status within the mythology of millennial workspaces. The free food, the Instagram photo ops, the wifi-controlled wildflower meadows. However, when I visited the company's Rathbone Square offices in June to meet with the new head of the Facebook app, Fidji Simo, little of that was on display beyond the lobby. Instead, I met with Simo, together with several of her colleagues, in a windowless, medium-sized conference room a few floors up. Simo, who remained seated around the table, presented a straightforward deck about Facebook's new initiatives while her colleagues typed quietly on their laptops.

"This is fundamentally a different company than it was two years ago," Simo explained during the course of the conversation which followed. "We've really altered our DNA to focus on preventing harm and taking that responsibility very seriously." Facebook has had a tough few years — fake news, data privacy, congressional hearings — but Simo isn't fazed. "The scrutiny that is on us is scrutiny that I expect at our size and given the amount of responsibility we have," she contends. "I think it's not unexpected to have the press doing its job and looking. It’s really just up to us to focus."

Focus is something Simo does well. A graduate of Paris' HEC School of Management, she started working at Facebook in 2011, after spending the first four years of her career at eBay, initially in France and then in San Francisco. Her rise to the top job means she now reports directly into Mark Zuckerberg, where her experience at her university debating club, of which she was treasurer, seemingly comes in handy. "We are able to really debate service decisions that are not obvious and decisions that are critical for the future of our company," she says of working with Zuckerberg, adding that the cut and thrust of disagreement leads to "the best decisions."

Being head of the platform in 2019 is no small task, and I wonder if the power ever feels, well, scary. "It's a huge privilege and huge responsibility," she explains calmly, "but the thing that is really important to understand is, we definitely have to fix our issues." On the topic of regulation, Simo is clear that there "are places where we actually would prefer not having this power and to have much more guidance from governments."

One of the people brought on board to help negotiate this is Britain's former deputy Prime Minister, Nick Clegg, who Simo calls "fantastic," adding that he "speaks very good French" with her in the office. "We obviously have big challenges ahead on the policy side," she says, adding that Facebook will be working "in conjunction with government so that regulation that comes in is regulation that is informed by what governments need, but also what is going to be most effective."

Judging what is most effective in a world where people are constantly changing the way they share their information is no easy task. With data privacy concerns, some users have found themselves sharing less online. Simo isn't one of them. "The reason I am so excited in this role is because I've seen firsthand all of the good that Facebook does in the world," she explains. "I live very far away from my family and they've seen my daughter grow-up thanks to Facebook. I have a health condition and I found the perfect surgeons through a recommendation from other women in the health group."

Groups are Facebook's big bet in 2019, and if there's a word you'll be hearing from the company more and more in years to come, it's "community." The app's mid-2019 redesign was to "put communities at the centre of the experience," Simo explains, with a new feature that suggests groups you may want to join. It's an admirable pursuit, but communities are arguably strongest when they include different perspectives. Does this tool risk only allowing people to interact with people who already have the same interests and perspective as they do? Simo doesn't think so.

"It's really hard to have a distasteful debate with someone when you already know you have something in common that has nothing to do with politics," Simo explains, citing a Facebook group called London Lowriders for owners of sausage dogs. "We are seeing groups actually as a way to bridge a lot of this division that exists in society, because if we can anchor people on some things they have in common, it makes any type of debate potentially more productive."

Simo herself is a member of a group for mums working in tech. Her daughter features on her own social channels, and I wonder what she thinks about the debate around parents sharing their children's lives online. "In terms of her digital presence, I am definitely someone who shares a lot, given my role, but also my personality, but I fully expect that when she grows up, I will give her full control over how she's represented online," she says. "When I think about my daughter and her digital presence, I'm thinking a lot about it in terms of helping her connect. We have this new product at Facebook called Portal, which allows you to video chat in really great ways, and I really don't mind if she spends hours on Portal talking to her grandma."

These different tools are central to Facebook's future. Hot on the heels of Facebook Watch and Facebook Marketplace will be Facebook Dating, launching in Europe in early 2020, which will mine all the information it has about your interests to help facilitate "meaningful long-term relationships." It's more Match.com than Tinder, with Simo adding: "this is really the goal of dating — not hookups, but actual long-term, meaningful relationships."

From dating to data, it's quite the brief. But Simo remains optimistic. "Solving all of these problems is going to take time, but I think it's incredibly worth it because of the value that we add," she says. Calm, assertive, and unflappable — Simo could well be the bet that pays off.