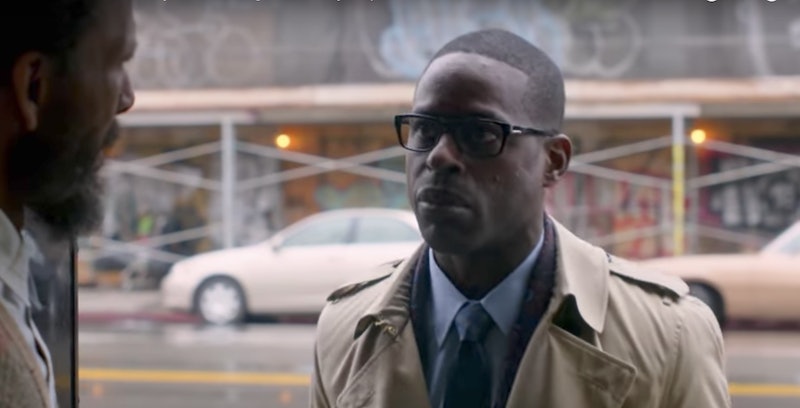 Whew, that was a close one! Just when I thought I was going to have to make the tough decision of choosing between watching This Is Us and Scandal, NBC swooped in to relieve all of my worries, changing their mind on original plans to move TIU to Thursday nights. You may recall the network recently announcing the decision to move the usual Tuesday night drama, This Is Us to the 9 p.m. time slot on Thursday nights, putting it in direct competition with ABC's must-see TGIT lineup. I kid you not, my anxiety immediately began to set in the minute the news hit airwaves earlier this month. I mean, of course, I could totally DVR one and watch the other but, seriously, nothing beats watching the Pearson family or Olivia Pope in real time before others get to ruin all of the excitement for you. It literally never fails that the minute the show airs people begin posting random spoilers all over the web. In fact, typically find myself avoiding humans, internet and social media at all costs until I finally have a moment to catch up on all of the juicy drama.

But thank goodness NBC has finally come to their senses on this one so I don't have to choose. I mean, with Scandal entering it's final season and This Is Us at such a pivotal point after it's amazing first season, I really can't even fathom having to choose one over the other.

And believe it or not, that wasn't the only obstacle threatening to plague the one hour drama, NBC's Chairman of Entertainment Robert Greenblatt explained that Thursday Night Football and the Olympics would also stand in the way of the series' schedule, according to ET. He explained,

"The show will be on for six weeks, then pre-empted for six weeks. Then it'll be back in January, and of course, there will be pre-emptions for Winter Olympics. We have some ideas to keep the show alive even when there are no shows (airing)."

I really don't understand how this was even a thing in the first place. The whole change of heart kinda makes me wonder if Olivia Pope and her gladiators called over to get the situation handled. Either way, I'm just completely overjoyed that they've figure things out before I began entering full panic mode.