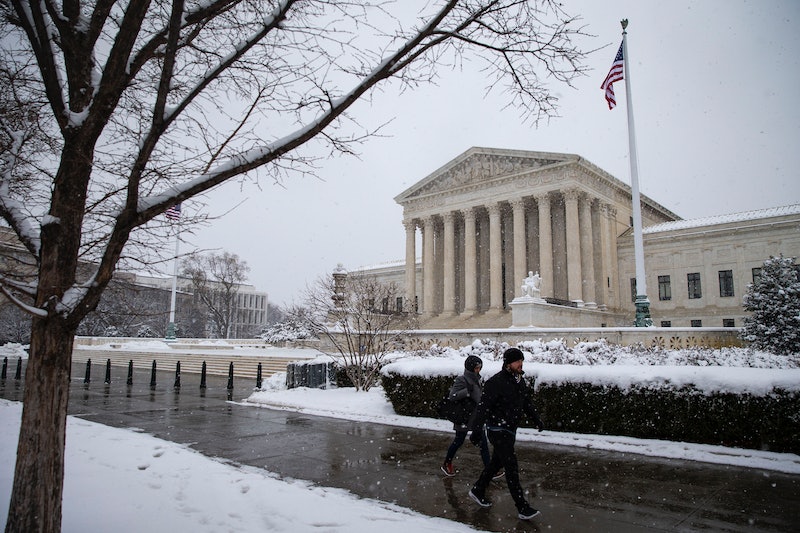 The federal courts are updating their rules to meet the demands of the #MeToo era. On Tuesday, the Judicial Conference gave the go ahead to changes that would make it mandatory for judges to report abusive or harassing behavior in the workplace. The federal judiciary's #MeToo-inspired policy changes apply to all federal judges except Supreme Court justices, though they may choose to follow them.

The top judge introducing the changes to reporters was a familiar face, Obama's last Supreme Court nominee, Merrick Garland, who remains the chief judge of the U.S. Court of Appeals for the D.C. Circuit.

"We’ve tried to produce an array of ways in which people can raise concerns about misconduct in the hope that that will give us warning in time to do something about bad behavior," Garland told reporters Tuesday. "Obviously, the idea is to fix the problem."

Former law clerks had said that they were discouraged from making complaints about abusive judges due to the excuse of "confidentiality of judicial deliberations." Now not only will clerks have many avenues to make a complaint, but other judges will be required to report "reliable" information about misconduct. Garland called it "misconduct not to report misconduct."

The rules say a judge "should neither engage in, nor tolerate, workplace conduct that is reasonably interpreted as harassment, abusive behavior, or retaliation for reporting such conduct." It then goes on to specifically mention "engaging in unwanted, offensive, or abusive sexual conduct, including sexual harassment or assault."

This doesn't mean judges will be dismissed left and right. "Very often a complainant also doesn’t want it to become public. They just want the problem fixed," Garland said. "There are informal ways in which that can be done."

And were there a serious allegation, a federal judge would still need to be impeached in Congress. Though that shouldn't be necessary in Garland's view. "It’s an independent branch of government, and we think we can police our own," Garland told reporters.

In addition to the rules, there were some suggestions put forward by the Federal Judiciary Workplace Conduct Working Group, where most of these changes stem, and two key recommendations have been implemented. One was to "develop alternative, less formal options for employees to seek guidance and register complaints," according to Garldand. The other was an effort to "expand training to prevent misbehavior and promote civility throughout the Judiciary."

Specifically, the additional ways to report misbehavior include "a dedicated phone line and an intranet site through which employees can report harassment or abusive behavior" to an officer with the Office of Judicial Integrity. The courts have also expanded their focus "on workplace conduct training," a combination of video and in-person trainings on all sorts of topics, including harassment.

These changes stem from a report made after allegations against then-9th Circuit Judge Alex Kozinski. He resigned in 2017 after being accused of showing women clerks pornography.

"I’ve always had a broad sense of humor and a candid way of speaking to both male and female law clerks alike," Kozinski wrote as he resigned. "It grieves me to learn that I caused any of my clerks to feel uncomfortable; this was never my intent."