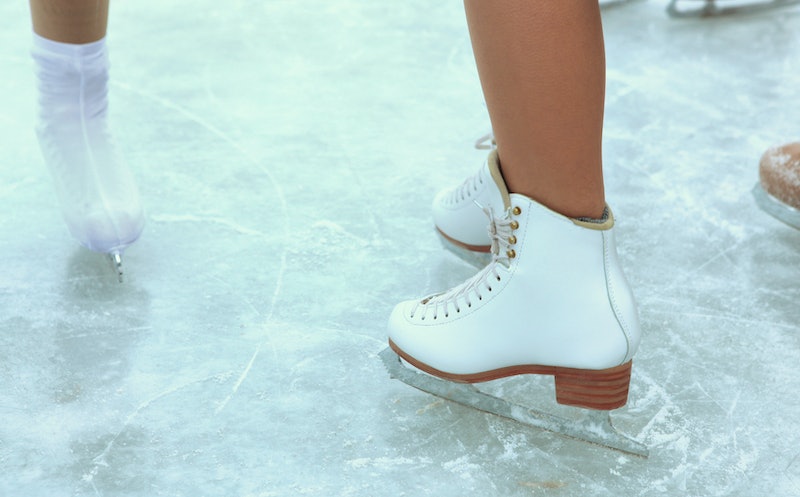 In recent years, most every country has made notable strides when it comes to female representation at the Olympics. As we await the 2018 Winter Olympics in Pyeongchang, hopefully this trend, established by the most recent Olympic games, will continue.

The 2016 Summer Olympics in Rio had a record number of female athletes with women representing 45 percent of the overall competing Olympians. Team USA broke a record of its own with a total of 292 women competing for the U.S., just over half of the total 555 American competitors. While it wasn’t the first time women had outnumbered men on a U.S. Olympic team — that happened during the 2012 London games — it did mark the largest number of female athletes to compete on an Olympic team ever.

While representation is certainly getting better, as the above statistics suggest, there are more than a handful of countries where women remain underrepresented, if at all.

Until 2012, women in some countries were still banned from competing in the Olympics.

There were still three countries which banned women from competing in the Olympics as recently as 2008: Saudi Arabia, Qatar, and Brunei. After being urged by the International Olympic Committee (IOC), all three countries reversed their policy on female competitors, making London’s 2012 Olympics the first games in which women were allowed to compete in all participating countries.

(However, none of these three countries have ever competed in the Winter Olympics. So the 2018 Winter Games will likely bring little change in terms of female representation.)

In turn, Saudi Arabia struggled to find women qualified to play in the Olympic games. As Quartz reports, the move to include women was more placating than progressive: without an actual infrastructure to support female athletes, Saudi Arabia will have to continue relying on foreign female athletes or Saudi Arabian athletes who spent time training abroad.

Brunei, often represented by just a single athlete, had yet to send a female competitor when the IOC urged female representation in all countries. In 2012, the country’s sent their first ever female competitor to London, 19-year-old hurdler Maziah Mahusin.

Zuraimi Abdul Sani, secretary general of the Brunei Olympic Council, told Reuters the country had been “unfairly labelled” having not sent a women to the Olympics. “As far as we are concerned, women are free to take part in all the events they want to take part in,” Sani said. “We have no restrictions on women taking part in sports in Brunei.”

Mahusin also told Reuters she hoped her spot on the Olympic team would inspire more female athletes. “This should also serve as an encouragement for Brunei to aspire to a higher standard in sports and athletics,” she said. “It is my aspiration to see more young women athletes participate in sport … The support for women to pursue an interest in sport is also desperately needed.”

The Qatar Olympic Committee (QOC) sent their largest team ever to the 2016 Olympic games. They had a total of 38 athletes: 36 men and two women (sprinter Dalal Mesfer al Harith and swimmer Nada Arakji). This was a notable decrease from 2012, the first games women were allowed to compete for Qatar. Their 2012 Olympic team was comprised of 12 total athletes, four of which were women.

As the Washington Post reported, Qatar recruited athletes from 17 other countries in order to bulk out their Olympic team. All of those recruits were male. So, while Qatar appears to be prioritizing a larger team, women do not appear to be part of that immediate priority.

While these three countries are of particular note, given how recently they banned female competitors all together, they are far from alone in their lack of female representation. Regardless of team size and how recently women were allowed to participate, many countries still have very few women compete on their Olympic teams.

In 2004, Robina Muqim Yaar and Friba Razayee were the first women to ever compete for Afghanistan at the Olympics. (The country had been previously banned by the IOC due to the Taliban’s ban on female athletes.) Denmark, once noted for being a world leader in gender equality, sent a 2016 Olympic team comprised of just 33 percent women, well below the over 45 percent average.

Is representation getting better overall? Definitely. At the very least our cultural expectation of gender equality is increasing. We aren’t quite as quick to turn a blind eye to sexist moments at the Olympics. (When swimmer Katinka Hosszú broke a world record in Rio, Twitter immediately called out commentators who credited her husband with the win.) However, there is still certainly work to be done when it comes to cultural stigma surrounding women in sports, from pay gaps to coverage to the way we talk about female athletes.

Some simple steps you can take starting February 9? Watch women compete at Pyeongchang. Learn about incredible athletes like Erin Jackson, who qualified for the 2018 Olympics after speedskating for just four months. The more we, as a culture, expect gender equality, the less it becomes an anomaly and more it is simply the norm.