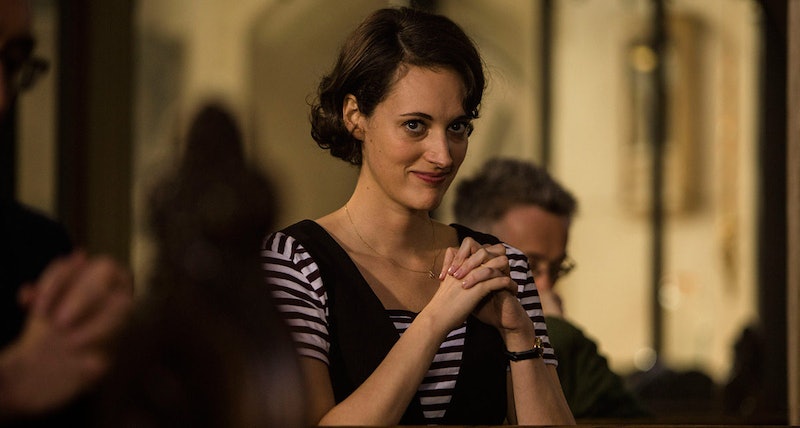 Game of Thrones fans might have been happy after the 2019 Emmy announcements on Tuesday, July 16, but there was another group of fans who were even more excited. Fleabag was nominated for 11 Emmys, and the internet could hardly contain its excitement. Seriously, there are a lot of people who are about to have Claire's asymmetrical haircut.

And fans were thrilled to celebrate these Emmy nominations, with many taking to Twitter to praise the show for telling honest female stories that aren't afraid to be messy. "That’s what happens when a woman creator puts together a company," writer Rachel Syme tweeted. "Everyone shines."

That ability to create women who are deliciously complicated is a testament to Waller-Bridge's skills as a writer, one who wants fans to know “women can make things up too! It’s not all our diaries!." On an episode of the new podcast, How to Fail with Elizabeth Day, Waller-Bridge said with Fleabag, "of course I’m drawing on really personal things and things that echo in real life, but I write about my biggest fears."

And those fears clearly connect with people who love that Fleabag feels like it could be taken straight from someone's diary, even if it isn't Waller-Bridge's. It's why, on this Emmy nomination announcement day, so many fans made promises they might wish their Twitter followers won't make them keep. Like The Ringer's Alison Herman, who promised to "get Claire's haircut" if the show got a nomination.

Or, Vulture's Kathryn VanArendonk swearing she'll wear her "Fleabag jumpsuit to pick up my kid from day camp," if it was honored with a nomination. And just so it's clear, she will be wearing the black backless jumpsuit with a keyhole opening in front to an early afternoon pickup, which really shows her dedication.

That dedication was on full display after the show was honored with so many awards. Though, many were sad to see Hot Priest not get nominated (aka Andrew Scott) and honestly, same. #JusticeForHotPriest

Of course, if Fleabag actually wins any awards when the Emmys air on September 22, fans might break the internet. Hopefully, it will be with photos of their new Claire-inspired haircut.

More like this
Everything To Know About 'Evil' Season 4
By Meguire Hennes
Does 'Locke & Key’s Ending Mean There Could Be A Season 4?
By Sophia Moore
'The Sandman’s Ending Is A Departure From Neil Gaiman’s Comic Book Series
By Kadin Burnett
How Lady Gaga & Adele Are Closer To The EGOT All Of A Sudden
By Jake Viswanath
Get Even More From Bustle — Sign Up For The Newsletter