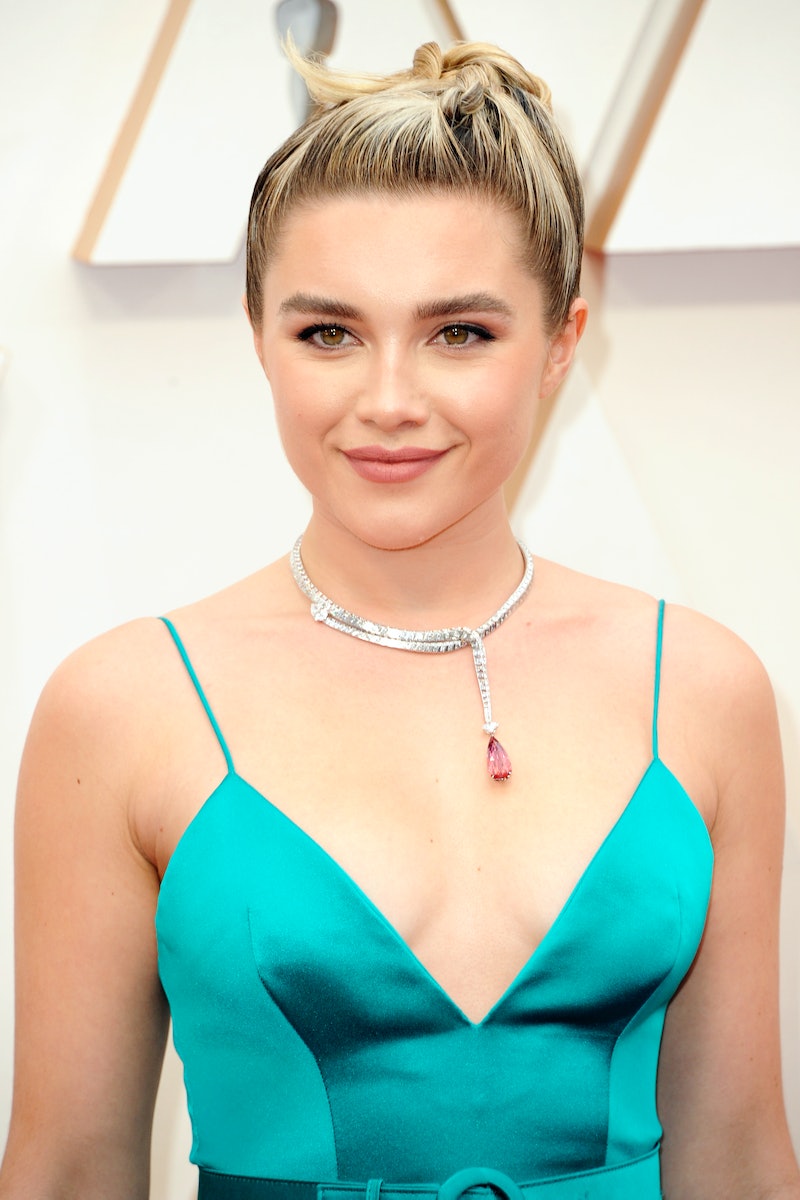 The May Queen has found a successor: Florence Pugh approves of Ariana Grande’s Midsommar-themed birthday party. Grande, who rang in her 27th birthday on Friday, June 26, took to Instagram on Saturday to share a series of photos from her birthday festivities themed after director Ari Aster’s 2019 horror drama film Midsommar. The film follows Pugh as Dani, a woman who travels to Sweden with her boyfriend (Jack Reynor) and his friends for its fabled midsummer festival, only to later learn that the community is composed of strange and violent members of a pagan cult.

Well, Grande ushered in another year around the sun by channeling her inner May Queen. She captioned her first birthday Instagram post, “my friends and i went with a midsommar theme because help me.” In the photos, Grande and her guests all don floral headpieces to stay true to the theme. And, for the final pièce de résistance, Grande even wore an elaborate floral gown much like the one worn by Pugh, who left some enthusiastic Instagram comments under the posts. “Happy birthday sweetheart,” Pugh wrote. “You can have the May Queen title today.”

In the photos, Grande is joined by her mom and brother, Joan and Frankie Grande, her real estate boyfriend, Dalton Gomez, and some other friends. Grande and her new beau became Instagram official just one day prior to her birthday.

Grande’s love for Midsommar has been well documented in the past. When A24 put up several Midsommar props for auction in April to benefit COVID-19 first responders, Grande expressed a desire to own the 10,000-silk-flower May Queen gown worn by Pugh in the film. She shared a screenshot of the gown on her Instagram Story. “THE AMOUNT OF PEOPLE WHO HAVE TEXTED ME THIS,” Grande wrote. “I'm crying/also I'm bidding as soon as possible." Pugh then replied via her own Instagram Story. “DO IT! Halloween will never be the same," Pugh wrote. “It even has hand holes for wine.” While eyed by the singer, the flower gown ultimately went to the Academy Museum and received a final bid of $65,000, per A24’s website.

So, it appears that the flower gown worn by Grande for her Midsommar-themed birthday party isn’t the actual May Queen gown worn by Pugh herself. Still, it’s a very solid alternative. At least the singer's birthday festivities appeared to have ended better than the events in the film, burnt bear suit and all.

More like this
What Is Ariana Grande's Net Worth? When It Comes To Money, She Has No “Problem”
By Hugh McIntyre
Jurnee Smollett’s Heart Is Healing
By Rebecca Carroll
Kimberly J. Brown & Daniel Kountz Looked Back On Their ‘Halloweentown’ Romance
By Stephanie Topacio Long
All The Sneaky Lindsay Lohan Movie Easter Eggs In Her New Ad, Explained
By Stephanie Topacio Long
Get Even More From Bustle — Sign Up For The Newsletter