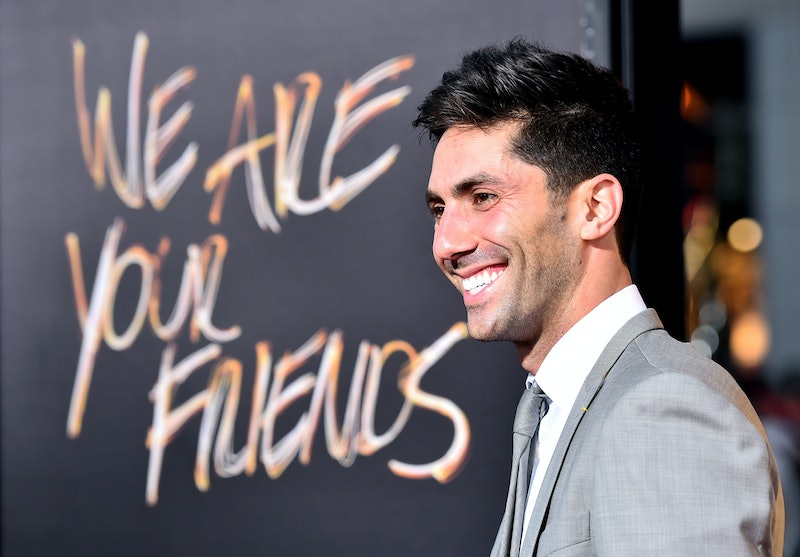 When you think of the show Catfish (writer: Sarah Carey), "therapeutic" might not be the first word that comes to mind. Dramatic? Certainly. Heartwrenching? Often. But therapeutic? Some audiences might have their doubts. Yet for Catfish: The TV Show host and executive producer Nev Schulman, the show widely known for its internet sleuthing and shocking reveals isn't primarily about online deception at all. With the 100th episode of Catfish approaching this season, Schulman is able to reflect back on seven seasons of a show that he says exists not solely to entertain, but to also provide a unique kind of emotional assistance.

Much of the actual content of Catfish deals with the complex human motivations and emotional baggage that might lead a person to create a fake social media profile, or render someone more susceptible to falling for those types of fake accounts. Often, these actions are influenced by a variety of factors that have wider relevance: the dynamics of race, gender, sexuality, self-image, and class are woven into the complex reasons many of the catfishes and the catfished did what they did. When I point out to Schulman that Catfish seems to be as concerned with mental health as it is with internet sleuthing, he readily agrees. "It’s really almost not even a show about internet dating at all," he says. "It’s about people."

Schulman and his co-host, Max Joseph, are often responsible for navigating and mediating the complex relationships they suddenly find themselves in the middle of. Though each participant in the show speaks to a therapist after filming has ended, Schulman and Joseph are often the ones helping both the catfisher and the catfished understand their own emotions, confront trauma and self-doubt, and attempt to apologize or forgive — at least, initially.

Schulman thinks his history with therapy helped prepare him for dealing with the nuanced and often confusing situations he is presented with on Catfish. "You know it’s funny, both Max and I grew up in therapy. As a young kid with learning disabilities... once a week I always had a therapist appointment," Schulman says. "That was so normal for me... my willingness and ability to open up to someone and to try and understand how I’m feeling is, I think, a big part of why I’m able to make this show." Being in tune with one's own emotions is something the participants in Catfish often struggle with, whether it's a person using pictures of a size two on their Facebook profile to compensate for issues with their own self-image, or someone who catfishes as revenge for being catfished themselves.

Though Joseph and Schulman use their show as an attempt to provoke self-reflection and provide some guidance for those participating, Schulman is quick to note he's not trying to take the place of actual therapy. "Max and I are very careful, we know we’re not educated in this field, or certainly not certified to give any real advice," Schulman says. "But I think what we try to do is give people the feeling that you get from therapy, which is that you’re important, and your feelings matter, and that you should try and understand what they are. And even just that first step can be a huge sort of watershed for these people, who have, up until then, have never had anyone even sort of suggest that their feelings are important, and what they care about and how they feel about something matters."

And Schulman's own personal history makes him particularly well-suited to the task. In 2007, Schulman began an online relationship with a woman named Megan, an alluring 19-year-old singer and aspiring model who lived in Michigan. After a drawn-out saga, which resulted in the filming of the original Catfish documentary, Schulman traveled to Michigan to discover that he had been talking to a middle-aged woman named Angela all along. This experience provided the impetus for Catfish: The TV Show, but also granted Schulman unique insight into the world of catfisher and catfished alike, an understanding that only continues to grow.

"In a weird way I think I’m more able to relate to [catfish victims], because... [I've] now been through so many different variations of both someone getting catfished and someone sort of having been the catfish, which means that my catalog for understanding the reasons and motivations for this sort of thing is greater than it was before."

This understanding extends to even the most seemingly unsavory of Catfish participants. When asked which catfish he's felt the most empathy for, Schulman immediately brings up someone he describes as "the least sympathetic character I think we’ve ever had on the show," a woman named Tracey Armah, better known as Tracey Barbie. Armah had stolen photos from the profile of a woman named Falesha and made a parallel account with Falesha's name, following Falesha's real friends and posting bullying comments. People began to believe that the fake, trolling account was the real Falesha, and blamed her for Armah's posts. When confronted by Falesha and the Catfish team, Armah showed little, if any, remorse.

"She was, from a young age, just so excited by the attention that she got on the internet, she didn’t care if it was positive or negative," Schulman says of Armah. Her addiction to her online persona was so intense that Schulman suspects it had a profound effect on her character. "She had become so obsessed with attention that she had created an entire person that wasn’t just online, it had enveloped her actual life too. So even just sitting and talking to her and trying to get her to understand why we were there and why what she’s doing isn’t really cool, she couldn’t take off the mask," he says. But it was this very inability to access an authentic sense of self that caused Schulman empathize with Armah. "I feel terrible for her," he says, adding, "It was crazy to see someone not know how to express themselves in any kind of meaningful way outside of the kind of character they had created of themselves."

Catfish, and Schulman personally, seek to assist those who, like Armah, might feel alienated, hopeless, or confused, and seek solace in creating an online persona: a persona that can achieve the success and physical attractiveness that these catfish might feel is impossibly out of reach. "We see a lot of people exploring their sexuality, or their gender, trying to understand better how they feel about themselves, about other people," Schulman says of why people may feel compelled to catfish others. By helping both parties confront reality, access their emotions, and reflect on the actions that led them to the show in the first place, Schulman hopes that for the participants, Catfish can be a stepping stone on a longer journey of self-discovery or, often, recovery.

"If we can just [help people gain self-confidence], so that hopefully that sort of creates a domino effect for them to say, 'okay wait a second, I do have a lot of feelings that I never thought were important and I should deal with them,' then hopefully they can continue to get whatever support and help they want moving forward," Schulman says. "'Cause like I said, we’re in and out of their lives so fast, we can’t really have a lasting presence. But we can try and get the ball rolling." With nearly 100 episodes under his belt, it's definitely a start.

More like this
Gabby & Rachel Reveal How That 'Bachelorette' Rose Ceremony Twist Happened
By Grace Wehniainen
At 14, D'Arcy Carden Was Sneaking Out To Parties & Crying Over Kurt Cobain
By Ivana Rihter
In Rap Sh!t, Social Media Has Main Character Energy
By Aramide Tinubu
At 28, Tisha Campbell Was Newly Married & Dancing Through A Career Pivot
By Grace Wehniainen
Get Even More From Bustle — Sign Up For The Newsletter