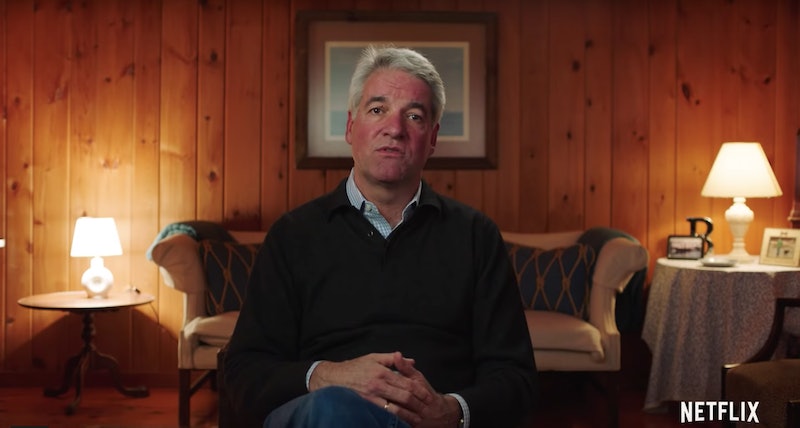 On Jan. 18, 2019, Netflix released Fyre: The Greatest Party That Never Happened and viewers couldn't seem to get over the details revealed in the shocking documentary about the notoriously failed 2017 festival. While there were more than enough jaw-dropping accounts from both organizers and attendees to keep watchers glued to the program, surprising comments from planner Andy King became one of the most talked about subjects surrounding the film, quickly turning his name into a trending topic on Twitter. With the jokes still making their rounds, King responded to the Fyre Festival memes about his willingness to go above and beyond the call of duty with a great deal of positivity.

In a video shared by Netflix, King revealed that he was “blown away with the response of the documentary" and said "I’m now a noun, a verb, an adjective.”

Although the moment took him by surprise, the event producer, who would seemingly go through great lengths to ensure that festival-goers were supplied with enough drinking water, revealed his hopes to spin the moment into something positive for the people in the Bahamas who were greatly affected by the ordeal.

“One of our biggest goals, obviously, is paying back all the people in the Bahamas.” he shared on Netflix's Twitter video. After revealing the success of a GoFundMe that repaid a caterer who lost her entire life savings due to the festival's deception, King shared that there was an addition fundraising effort created for the unpaid laborers who worked on constructing the event.

King explained, “If I could drive positive influences and a lot of positive energy towards social and environmental impact, then I think I can utilize this moment to do a lot of good.”

The whole thing has certainly been a whirlwind for the event planner who, until now, didn't have a great grasp of social media and its inner-workings. King explained that he was shocked to learn of his internet fame, sharing that he didn’t even know what a meme was and found it “mind-boggling” that people cared enough about him to create this kind of frenzy.

King became the center of internet attention after making claims that Fyre CEO Billy McFarland asked him perform a sexual act in order to make things right with Bahamian customs, who were requesting to be paid $175,000 in fees to release the festival’s water supply. According to King's comments in the Netflix documentary, McFarland told him, “You’re our wonderful gay leader and we need you to go down [to the customs office]. Will you suck d*ck to fix this water problem?”

King went on to share in the documentary, “I literally drove home, took a shower, I drank some mouthwash... I got into my car to drive across the island to take one for the team. And I got to [the customs officer’s] office, fully prepared to suck his d*ck.” Despite his willingness to save the festival's water supply, it seems that King was ultimately spared of the duty requested by McFarland after the customs official allowed him to take the water with a simple agreement for future payment.

While King's role in the Fyre doc has certainly become one of the the most talked about, his attitude about spinning the story into something that will help others is definitely admirable.