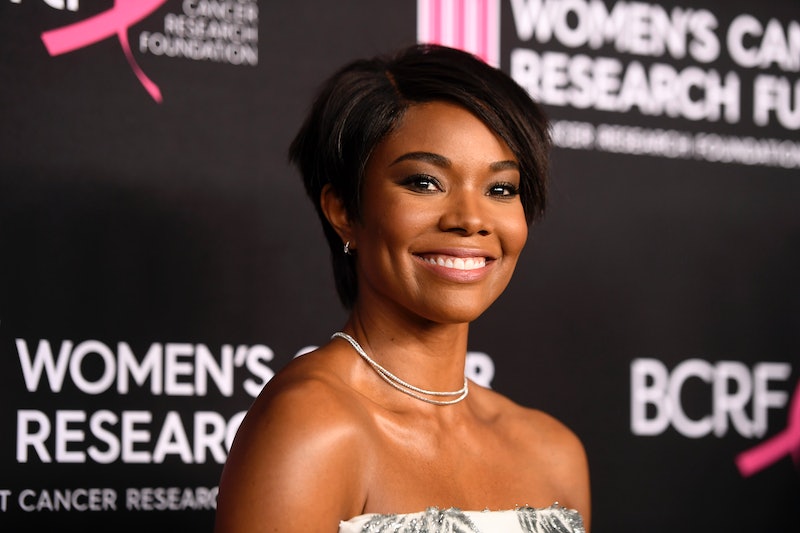 It's been more than five months since Gabrielle Union and Dwyane Wade welcomed their daughter, Kaavia, into the world via surrogate, and now, the actor is explaining why she was so transparent about their parenthood journey. In her cover story for Glamour, Union shared her reason for opening up about infertility, and why it was so important for her to share the path that she and Wade took to finally have a baby.

According to Union, she was tired of seeing babies "appear," as is often the case on social media. It's not always as simple as easily getting pregnant and having a baby — sometimes, like in Union and Wade's case, it takes time and science to create a family, and she wanted to shed the illusion of children appearing out of thin air and explain how they were able to have Kaavia, even though getting there wasn't easy.

“So much of the Instagram life is creating these perfect illusions, right? People have kids — even through surrogacy or IVF or whatever — and the kids just appear. Rarely do we hear how,” Union told the magazine. “What was the journey? Without understanding what got to baby, it feels like easy and overnight. And that's not the case.”

Union said that when she had questions about the process, "nobody was really open" to answer them because of how quiet people are about infertility, and she realized that most of the women who were talking about it were white women.

“The only reason I heard about certain doctors or treatments or new technologies or new procedures — whether that be diet or Eastern philosophy — was through a whisper network, and mainly from women who did not look like me or who had a very different journey through life than I did," Union said.

Union has shared the ups and downs of her infertility experience with the world, even the moments that have been truly difficult for her. In an emotional Instagram post last November, she shared that she and Wade had been reluctant to feel hopeful about Kaavia's arrival, because of all of the disappointments they'd suffered along the way. And earlier this year, Union said she'd been diagnosed with adenomyosis, a condition that causes heavy periods and extreme menstrual cramps, in an interview with Women's Health, which she believed may have contributed to the fact that she had several miscarriages.

And now, because Union has been so open about her journey, she says she hopes that it's made other people comfortable enough to share theirs, too. She told Glamour:

“I would never say that I'm giving anyone permission, but sometimes it takes somebody doing something to be like, 'Oh sure, I can talk about this. It has no bearing on my value, my worth, the validity of my motherhood journey.' So I try to be as open as possible. I’m telling people the water’s warm. Dive on in.”

Infertility is an incredibly difficult topic to talk about, but the more people like Union talk about it and bring awareness to it, the easier it will become for people who are dealing with it to feel less alone. Union and Kaavia are proof that there can be light at the end of the tunnel, even though the journey itself can seem impossible.