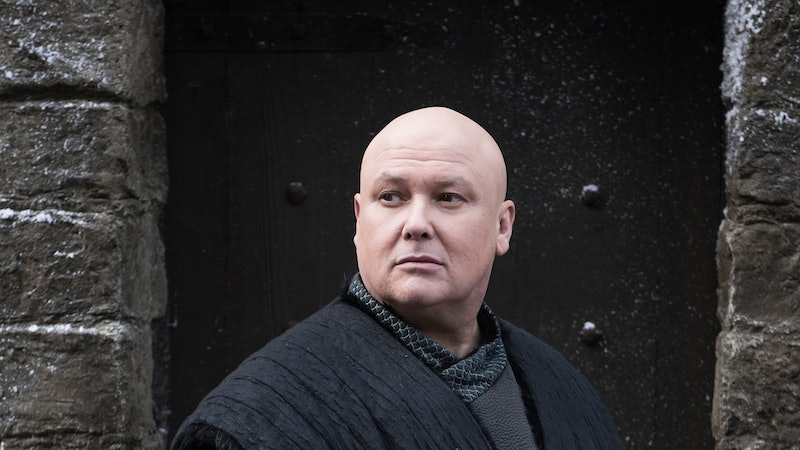 Westeros is engaged in an all out war, and with the White Walkers and their army of the undead behind them, they're looking like the most formidable menace for all your favorite heroes. However, Cersei is the biggest threat on Game of Thrones according to actor Conleth Hill, and he makes some great points.

In an interview with TVLine, Hill, who plays Lord Varys, told them why Cersei is the greatest threat and it all has to do with her own self-interest. "There's no talking to her… she's the biggest threat to stability," he said. "Even at the end of [Season] 7, there seems to be a coming together of everyone but her." When everyone came to King's Landing at their own risk to show the southerners what a wight was it swayed basically everyone who was there. Of course the Lannisters were going to be the most skeptical, but there's really no denying a zombie running for your throat.

However, even though Jon Snow proved his point on the matter, Cersei still planned on double-crossing them. As they already know, she's not showing up with her army and instead she hired a whole new one for herself (the Golden Company). Her direct survival and staying on the Iron Throne are the only things she's fighting for at this point, and even her lover/brother Jaime — who's stood by her through some of her worst moments — left her because of her behavior. Hill said that Varys knows her well enough, considering he was an adviser to her late husband Robert Baratheon and eldest son Joffrey, and he's rightfully "frightened of her." He continued, "He's aware of how dangerous she is, and how bad she is." While basically anyone can see how ruthless she'll be to keep what she sees as hers, that disregard for keeping promises and making political pacts makes her very volatile.

Regardless of Cersei and her plotting, Varys has stated that his desire has always been to help the people, and anything he does is for their benefit. Varys might survive, and he might not, but there's no doubt that he's stayed true to that statement, and with the help of his "little birds," he might be one of the most connected and resourceful characters. He hints that he might still have that "little bird" network of his going into Season 8. "For a while, [Varys] was in Meereen, [so] it wasn't as strong a connection, but supposedly, he still did [have them], yeah," Hill explained to TVLine.

When talking to Bustle at the final season's premiere, Hill did say that Varys has changed a tad. "There's an argument that he's less proactive [than] he has been," the actor said. "He's achieved what he wanted, which was to get Daenerys and Tyrion together. So he may not be as productive as he was before, but he might be... you'll have to wait and see!" While that could mean many things, it might also just hint at the fact that he's not as involved in scheming on his own. With the White Walkers and Cersei as the greatest threats in Westeros, he might need to channel his inner schemer again if he wants to survive.