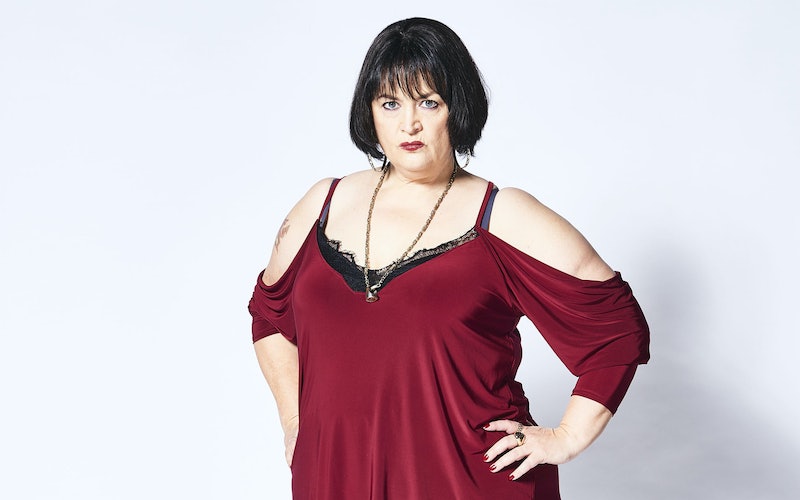 While the nation sits tightly in lockdown, celebrities are finding new and creative ways to lift the mood and keep us all entertained. Our most recent favourite? This weekend, James Corden tweeted "an important public message" from Gavin & Stacey's Nessa (aka his co-creator, co-writer, and co-star, Ruth Jones).

The last time we saw Nessa was in a one-off Christmas 2019 special – which picked back up 10 years on from when Smithy (played by Corden) crashed Nessa's wedding, as the two found out they were expecting a baby together. While the BBC's award-winning sitcom might have centred on the long-distance relationship between Gavin (from Essex) and Stacey (from Barry Island, in south Wales), it was the storyline between Smithy and Nessa that made them two of the best-loved characters in British comedy.

In the recent one-minute video (filmed by Jones' husband, screenwriter David Peet), the brilliantly Welsh Nessa sets out her non-negotiable boundaries when it comes to social distancing during the coronavirus.

“What’s occurrin’?” Nessa (obviously) asks. “Not a lot, other than a global pandemic – but the question was rhetorical."

It appears lockdown hasn't affected Nessa's signature style; her jet-black bob, Welsh dragon tattoo, and leather waistcoast are all present and correct. “If you sees me in the mornings, doing my daily run, my half marathon around Barry,” she continues, “don't even think about breaking that two-metre rule, because if you does, I will not hesitate to tell you quite clearly, to BACK OFF.”

A welcome change from the government's daily briefing, Nessa does end on a more serious note. “At the end of the day, when all is said and done, no word of a lie, if truth be told – just because you don’t feel ill, don’t mean you’re not infectious,” she concludes. "You could be riddled. Stay safe, stay out of my way. And protect the NHS, obviously, it goes without saying."