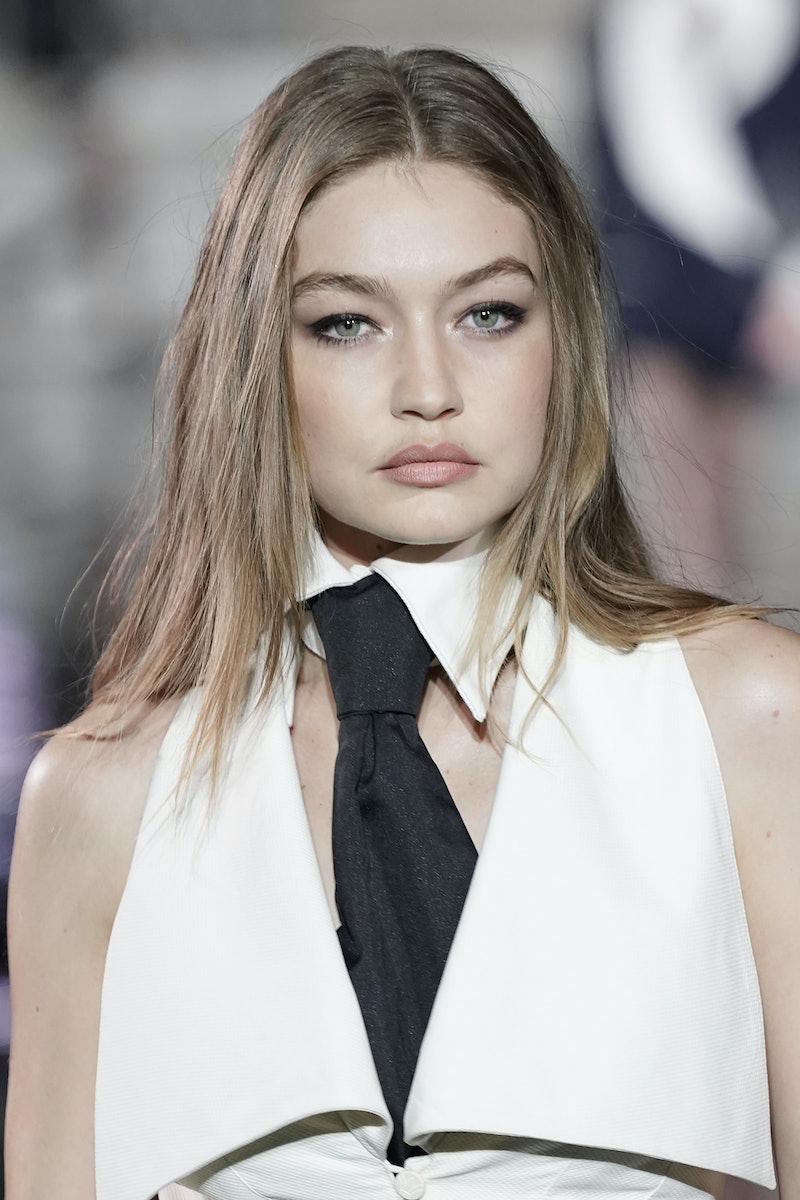 Gigi and Tyler took their rumored romance upstate on Aug. 15. As both Us Weekly and Page Six reported, the duo were spotted at a Starbucks in Lake George, New York hanging out and chilling with their iced coffees. As Page Six detailed, they weren't alone during this recent hangout, as a source confirmed that Gigi was in Malta, New York (the site of their latest get-together) and that they were there with "two or three girls." Taking a trip together? Sure, it could be a sign that they're simply good friends going on a mini-vacay. But, it also sounds like a major sign that their relationship is headed in an increasingly romantic direction.

Apparently, there's a specific reason why Tyler and Gigi are always spotted with friends in tow. "They both like to hang out with a few of their friends to make it seem more casual, but Tyler always ends up staying the night alone at Gigi's house," an insider close to the supermodel shared with E! News, "Tyler has not met Yolanda and hasn't been invited to any family gatherings just yet." Additionally, the source told the publication, in a report published on Aug. 14, that they are "definitely seeing each other," but that their relationship is "not serious" just yet.

Most recently, Gigi and Tyler were spotted hanging out in New York City on multiple occasions. Shortly after fans noticed that the pair followed each other on Instagram, "TyGi" was seen hanging out at Soho House in NYC on Aug. 4. The very next day, they were reportedly spotted having fun-filled day of bowling and karaoke.

Additionally, and as E! News reported, the two models were seen together on Aug. 13 (one day after Tyler was seen outside of Gigi's apartment), which marked the first time that they were photographed together. The rumored couple, along with a couple of their friends, spent time at Justin Theroux's bar Ray's in lower Manhattan. A source shared of the get-together, "They all seemed to get on great. They walked in laughing together and talking loudly. They all had a great time and were very animated as they sat around laughing and talking."

As if their many outings together weren't enough to indicate that things are really heating up between them, a source told E! News that their connection is the real deal. "There is a connection there for sure," they said, and continued to detail their hangout at Ray's, "Gigi was smiling more last night than she has in a while. She just looks really happy and calm with Tyler around. It's like she is herself around him, no pretense or act."

As for Tyler, the feeling is apparently mutual. "Tyler likes Gigi and definitely wants to keep seeing her," the insider went on to say, "He wasn't sure if it would turn into something but they are having a lot of fun and don't want it to end, that's for sure."

While the two have not yet confirmed that they are romantically involved, it's pretty safe to say, especially based off of this recent vacay news, that things are definitely headed in that direction for Tyler and Gigi.