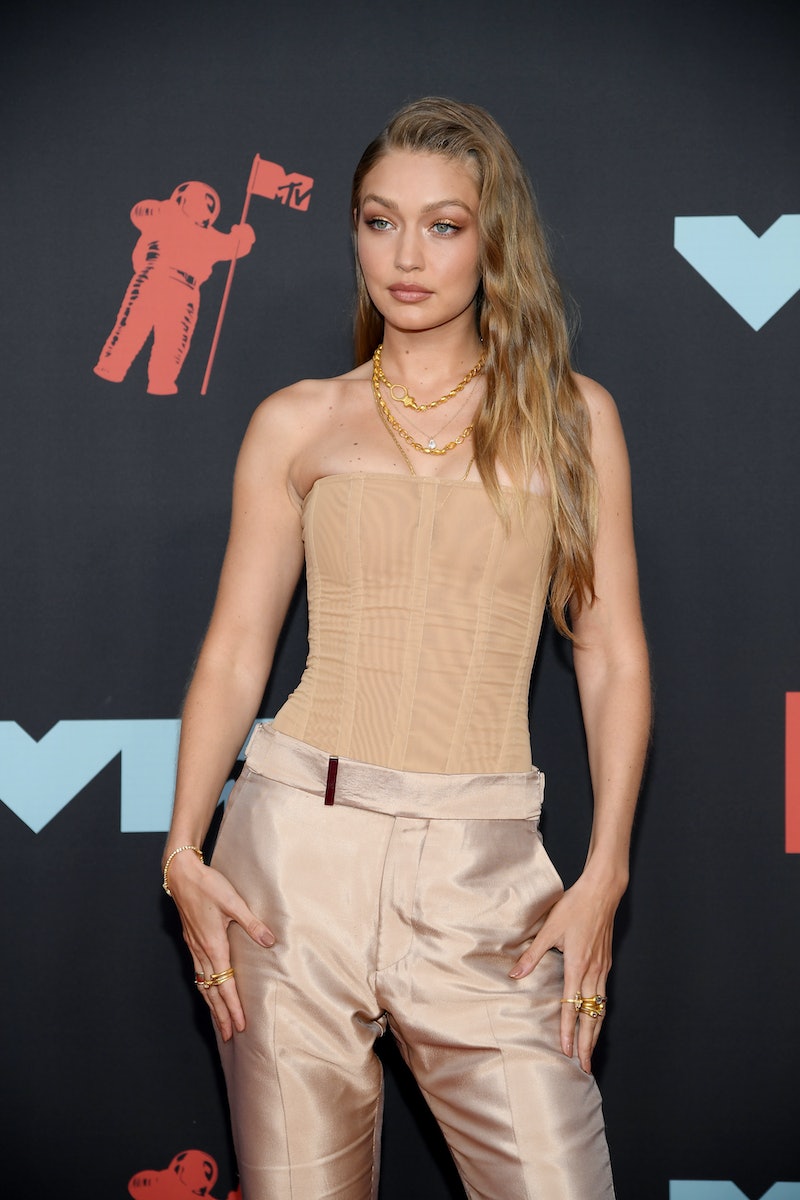 Between the silly tribute from her husband to the outpouring of love from her fans, Blake Lively has certainly been feeling the birthday love. On Aug. 27, the fun continued in the form of a delightful message from one of her best friends. On Instagram, Gigi Hadid posted a birthday tribute to Blake Lively that highlights many of their fun, unique friendship moments.

Hadid's post for Lively not only included a lengthy caption that detailed just how close they are, but also featured a candid snap of the famous women enjoying a low-key meal. In the supermodel's caption for the cute photo, she wrote, "It’s this Queen’s birthday week and I just want to say how grateful and lucky I am to have a friend like you, B." How sweet is that?

The cuteness didn't stop there, as Hadid continued to tell the former Gossip Girl star, whose actual birthday fell on Aug. 25, that she's going to have to thank the birthday girl for her friendship in a couple of adorable ways. She continued,

"You are a real one and inspire me in so many ways. I will only be able to thank you enough by making you endless oatmeal griddle cakes and training your children to be world class disposable-camera photographers. I love you ! Wishing you every blessing."

Hadid and Lively have reportedly been friends for some time now, which makes sense given the strong bond that was on display between the two in the model's birthday-themed post. According to Us Weekly, they were first photographed together in public back in October 2014 when they attended the God’s Love We Deliver, Golden Heart Awards in New York City. And since the two are such good friends, it shouldn't come as a surprise to see that they've both taken to social media to wish each other a happy birthday with equally moving sentiments.

For Hadid's birthday in April, Lively wrote a lengthy series of messages for her good friend on her Instagram Story. "You love and celebrate others. You build people up rather than tearing them down. You work so hard. You have so much appreciation. You're present. And kind," she reportedly wrote about Hadid. "You’re insanely talented at things that no one is good at—like making chairs from scratch out of resin. And you love everyone around you so fully. I’m happy to know your sweet spirit. Yeah. I just spoke about your spirit. Things have gotten deep.”

In August 2018, Hadid once again wished her bestie well on her special day, marking the occasion with a lovely photo series and caption combo. She wrote, in part, alongside a slew of photos of the gorgeous birthday girl, "B- You make being a Legend (and also being kind, hilarious, perceptive, grounded, hardworking, the hottest mom, AND wildly stylish- all at the same time) look easy."

So, just in case you didn't know it before, let these birthday Instagram tributes show you once and for all that Hadid and Lively have a bestie bond like no other.