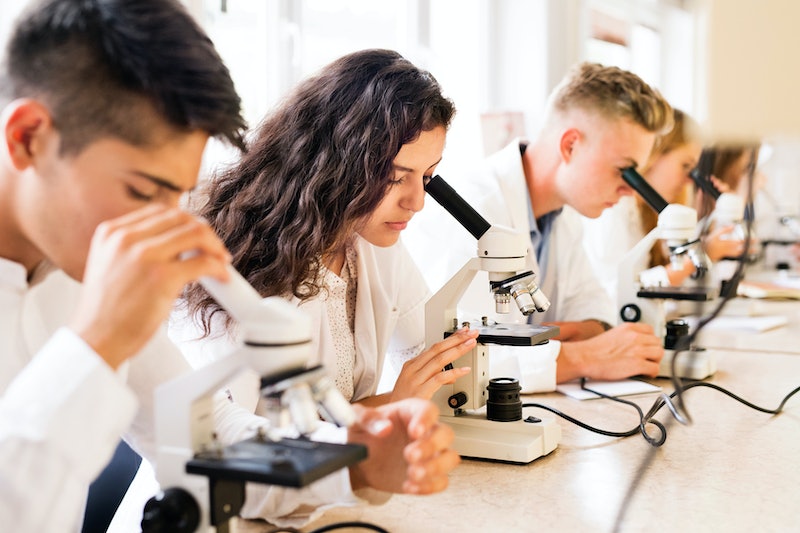 One of the biggest fallacies about the lack of women in STEM — aka, science, engineering, technology and mathematics — is the widespread, incorrect belief that their brains just “aren’t made for it.” Despite copious evidence that women do just fine in STEM fields at the highest possible level, including nabbing two Nobel Prizes in Physics and Chemistry in 2018, the idea that we’re somehow neurologically less capable than boys is a deeply held one. A new study has just blasted the myth away, though, and made it clear that when it comes to science, math and tech, girls come out of high school just as passionate and well-qualified as boys are.

Australian researchers published their analysis in Nature Communications, and it’s as comprehensive as it gets. It covered 16 million students worldwide, across 227 different studies that occurred from 1931 to 2013, and found that girls are not only not at a “disadvantage” when it comes to their grades in STEM subjects in high school, they do better at them than boys. On average, this study found, girls performed 3.1 percent better in STEM subjects in all the studies, and their results were 7.6 percent less varied — meaning that they scored consistently in the same cluster of scores, while boys showed a wider range of scores from low to high.

It was the spread of grades that interested the scientists most. They were particularly interested in something called "male variability," which is a theory about why men are "better scientists": that they tend to have more varied test scores in STEM. “Greater male variability was first written about in the 1800s as an explanation for why the geniuses and fools in society were men. Since then women have had greater access to higher education and girls are now out-performing boys at school on average, but women are still under-represented in maths-intensive fields," lead study author Rose O'Dea told Physics World. But their study has shown that boys actually show more variability in non-STEM subjects: 13.3 percent more than girls. So the facts aren't supporting the idea that boys somehow have more "extreme" tendencies to be geniuses in STEM subjects. In reality, girls are kicking ass.

And it seems girls could be doing even better. The Guardian reported in early 2018 that a global test of reading and mathematics among nearly 3,000,000 secondary school students found that girls at the top of their class showed more aptitude than high-achieving boys, but that the girls suffered from more anxiety around math tests, bringing their scores more in line with the boys. Girls, it seems, absorb the message early that their brains aren't as "equipped" for maths and science, and so show more worry about their testing.

The idea that women are "biologically" less capable of scientific thinking still shows up in high echelons of science. Right before Dr. Donna Strickland won her historic Nobel Prize in Physics, Italian scientist Alessandro Strumia of Pisa University was suspended from working with CERN after giving a "highly offensive" talk at the research center, claiming that physics was becoming "sexist against men."

This is why sexist messages about STEM and saying math "isn't for girls" are so damaging. We need more women in STEM — and we need girls who excel at it in high school to know their gender isn't holding them back.