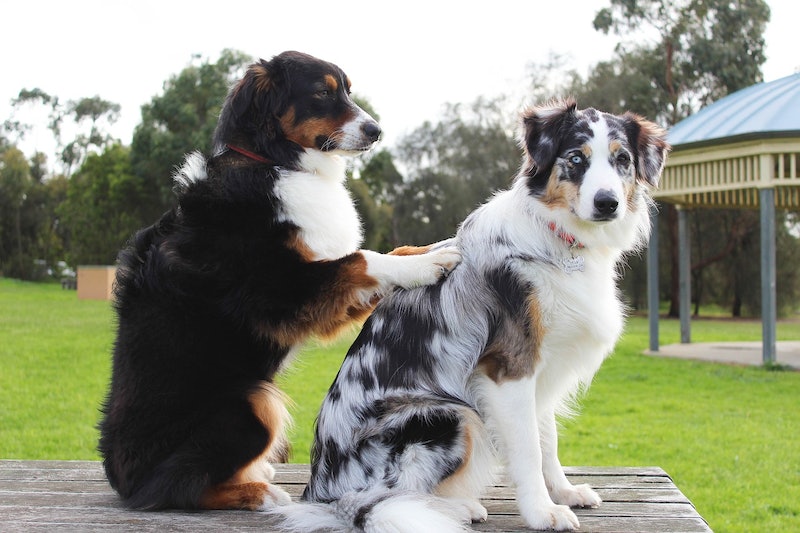 In the best news that every romantic person has ever received, a recent study has found that giving a massage is good for your health. Now, when you ask your mate for a back rub, you can honestly say, "I'm doing this for you. You're welcome." The research, conducted by Sayuri Naruse and Dr. Mark Moss from Northumbria University and presented at the British Psychological Society's annual conference, says that giving a message has the same physical and emotional benefits as getting one.

For the study, 38 participants took a three-week-long massage class. They assessed their wellbeing using questionnaires both before and after sessions in the areas of stress, coping, relationship satisfaction, and physical and mental wellbeing. Regardless of whether they were giving or receiving, participants' wellbeing, stress, and coping all improved. Furthermore, even three weeks after the reporting period had ended, these factors didn't actually worsen, suggesting that the effects are longer-lasting even once you stop practicing massage.

"These findings show that massage can be a simple and effective way for couples to improve their physical and mental wellbeing whilst showing affection for one another," says Naruse, adding that it isn't just for therapeutic settings, but can be great for any couple to incorporate into their life and relationship at home.

This isn't the first time research has found that the act of giving might be as beneficial as receiving. Psychologist Matthew Hertenstein shares that before bedtime every night, he gives his young son a back rub, noting the benefits they both get out of it: "It's a bonding opportunity for the two of us," he said. "Oxytocin levels go up, heart rates go down, all these wonderful things that you can't see. You can't touch without being touched. A lot of those same beneficial physiological consequences happen to me, the person doing the touching."

Cuddling is another healthy habit that's good for both the giver and receiver. It makes us happier, strengthens our immune systems, reduces anxiety, helps us sleep better, and forms stronger bonds. There is an actual physiological response: Cuddling releases dopamine and serotonin, which can help improve your mood and reduce depression.

Another study on the grooming habits of birds — a social behavior that encourages bonding and reduces stress — drew similar conclusions: Giving can be rewarding, too (although to be fair, in this case, the recipient of the grooming still seemed to walk, er, fly away in better spirits).

Quite a bit of research has been done on the power of touch in general, demonstrating how it connects us and noting the countless physical and emotional benefits.

For example, did you know that a simple hug can release the hormone oxytocin? Oxytocin can help lower you heart rate and cortisol levels. Another study found that on NBA teams where players have more physical contact, they tend to win more games.

The power of touch can be used to our advantage in business settings, as well. One psychologist found that when participants had the option to either cooperate or compete with a partner for a certain amount of many, just a quick pat on the back as they were starting to play meant they were likelier to work with, and not against, their partner — a benefit for both sides involved.

While it goes without saying that being the recipient of physical touch can have numerous benefits, let us not forget that being on the giving end does, too.