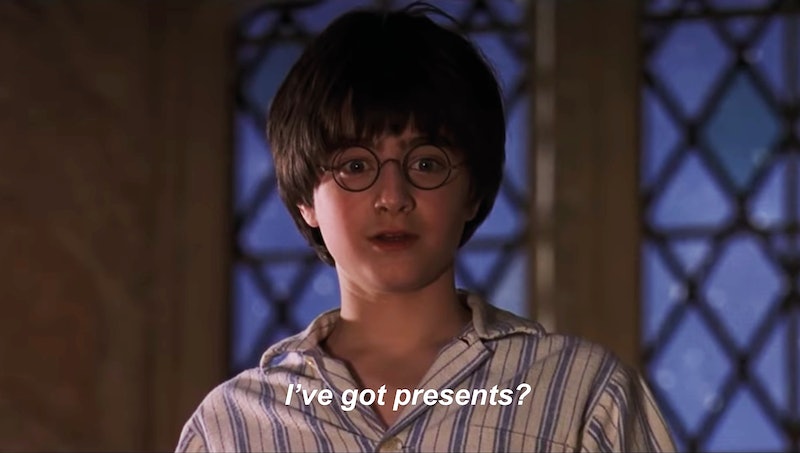 Ah yes, the satisfaction of knowing that the main bit is over. Cheese has been munched, sherry has been swilled, and of course all of the exchanging of gifts is done. Or should I say, it's a wrap? Yes, Christmas shopping is just about as stressful as it gets really. After all of that running around, impulse buying online after a glass of wine, and endless rolls of sticky tape — you can bask in the glow of all of your new gifts. Or can you? Well, you may well be basking in a glow, but it's probably not from the gifts you gave. According to science, giving gifts feels better than receiving them in the long term.

Right, so the study was all surrounding this phenomenon called hedonic adaptation. So like, basically, that means that the more you experience a particular event or activity, the less it makes you happy. In layman's terms, the more something happens, the more it gets old. Anyhow looks like the exception to this rule is with giving. I mean, I am sure there are some scrooges who this doesn't apply to, but that's for another study.

The research is made up of two studies by Ed O'Brien of the University of Chicago Booth School of Business and Samantha Kassirer of Northwestern University Kellogg School of Management.

In one experiment, they gave students $5 a day for five days and they had to spend the money on the same thing/things every day. Of those participants, some were randomly picked to give to others. Meaning that their money would go in a tip jar or to a charity or something similar. At the end of every day, post spending, the participants would talk about how their day was and how happy they felt.

The data from the 96 participants showed a marked difference in the happiness of the givers than the takers. The happiness didn't seem to fade for those who were giving their cash away. Having considered alternative situations, the results remained the same. O'Brien spoke about variables not changing the outcome, as reported on Science Daily.

"We considered many such possibilities, and measured over a dozen of them. None of them could explain our results; there were very few incidental differences between 'get' and 'give' conditions, and the key difference in happiness remained unchanged when controlling for these other variables in the analyses."

OMG so giving is the exception to hedonic adaptation then? Well, according to the results from this study that is an absolute yes.

"Repeated giving, even in identical ways to identical others, may continue to feel relatively fresh and relatively pleasurable the more that we do it."

So, maybe this is the year to say no to birthday gifts, Christmas gifts, random little treats — to just give instead. Hey, it is proven to give you more joy after all. OK maybe just a few little presents. You deserve it.