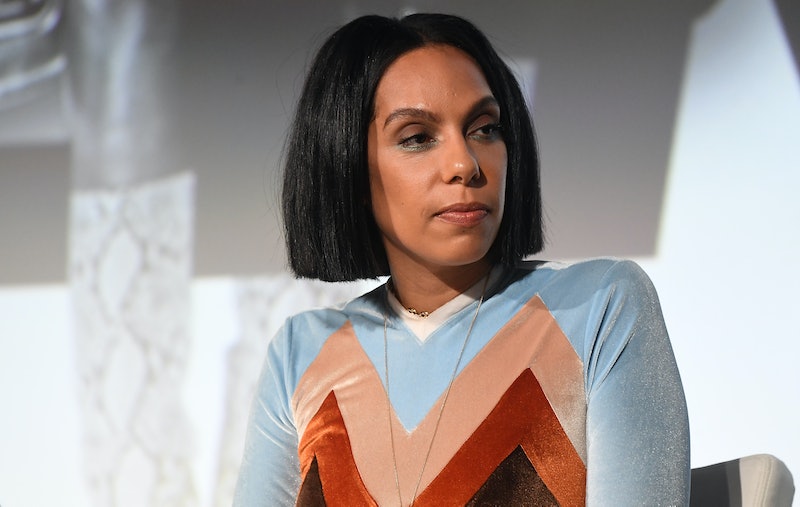 Queen & Slim, the story of a young black couple who go on the run after a deadly encounter with a police officer, was just one of a number of headline-making films directed by women in 2019. Other female directors left out of the race include Greta Gerwig (Little Women), Lulu Wang (The Farewell), Olivia Wilde (Booksmart), Marielle Heller (A Beautiful Day in the Neighborhood), and Lorene Scafaria (Hustlers), among others. In Matsoukas' case, Variety reports, she wasn't surprised by the snub, because she believes members of the HFPA skipped the screenings of her movie that were arranged for them.

"We held three screenings for the HFPA and almost no members attended," Matsoukas claimed to Variety. "For me, it's reflective of their voting body. It's not reflective of the society in which we live in or the industry as it stands today. They don't value the stories that represent all of us, and those stories are so often disregarded and discredited, as are their filmmakers."

A representative for the HFPA disputed Matsoukas' claims. "The HFPA maintains that Queen & Slim was in the conversation amongst the membership," they told the publication, while also noting that screeners of the film were sent out to members. However, one source claimed to Variety that as few as four members of the HFPA attended screenings set up for the movie. Bustle has reached out to the HFPA for comment on Matsoukas' claims, but did not hear back at the time of publication.

The five directors who did earn nominations this year are Bong Joon Ho, Sam Mendes, Todd Phillips, Martin Scorsese, and Quentin Tarantino. Not only are they all men, but they're also all white, except for Joon Ho. The lack of diversity in the Best Director category continued in other categories as well. As a whole, the Golden Globes only nominated five film actors of color for awards in 2020.

Earlier in the week, Lorenzo Sori, the president of the HFPA responded to the outrage by telling Variety, "What happened is that we don’t vote by gender. We vote by film and accomplishment." Matsoukas sees things differently. "It's extremely discouraging, she told the outlet. "It's extremely infuriating. And it just represents an archaic system that is full of people who don't value us."

As of 2019, only five women have been nominated for Best Director at the Golden Globes since the awards began. Of those five, only Barbra Streisand has taken home the award which she won for directing Yentl in 1984. As Matsoukas said to Variety, "Until the body of the people voting on the projects reflects our society and the people making these projects, there will be no change."

More like this
Twitter Is Identifying With Sally Field & Jane Fonda’s Friendship In New Viral Video
By Jake Viswanath
24 History-Making Black Women You Probably Didn't Learn About In School
By Ayana Lage and JR Thorpe
25 Inspiring Quotes From Black Women To Celebrate Black History Month
By Kyli Rodriguez-Cayro and JR Thorpe
Austin Butler Recalls Lisa Marie Presley Showing Him Elvis’ Bedroom
By Jake Viswanath
Get Even More From Bustle — Sign Up For The Newsletter
From hair trends to relationship advice, our daily newsletter has everything you need to sound like a person who’s on TikTok, even if you aren’t.