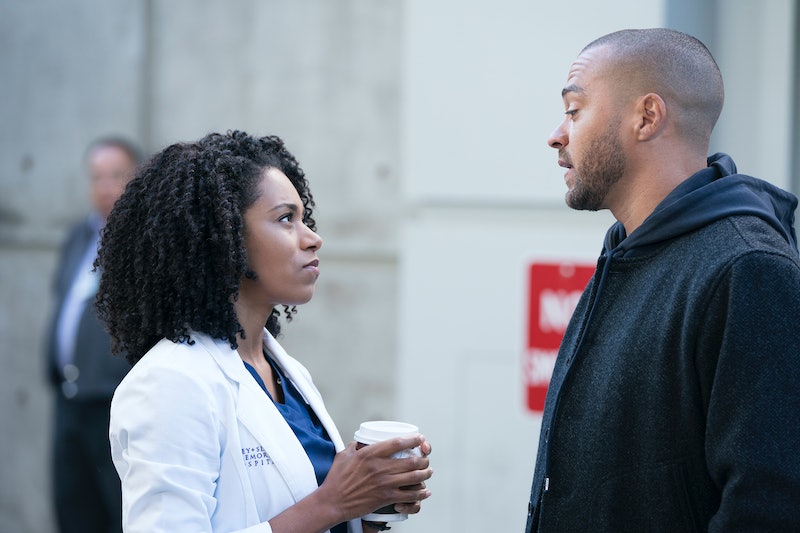 Couples change like the seasons on Grey’s Anatomy, and probably every potential coupling that’s been possible has been done at this point. Some fared better than others, and some we’re all glad to have seen go (ahem, George and Izzie, Alex and Lexie, etc.) And, now a new 'ship is rubbing some the wrong way. Grey’s Anatomy fans think Maggie and Jackson should never be a thing for one big reason — their relationship, should they get together, is apparently a little too close for comfort for some.

Maggie and Jackson didn’t hit it off right away — When Maggie showed up on the scene, Jackson and April were still going through all of their will-they-won’t-they-oh-no-they-just-had-another-baby stage. Maggie was dating-ish, and then Maggie’s mom died and Jackson and April called it off for good, and things started changing. Jackson was the first to know about Maggie’s mom’s cancer (he diagnosed it himself), and he gave Maggie one hell of a pep talk as everything was happening. That set off what we have going on now — increasing vibes between the two of them. Personally, I don’t think these two have as much physical chemistry as say, April and Jackson, but they do connect on a mental level. They have a lot in common.

But you know what else they also have in common? Parents! Not 100 percent, but Jackson’s mother, Catherine Avery, is married to Maggie’s biological dad, Richard Webber. Jackson and Maggie are stepsiblings and Grey’s Anatomy wants all of us to believe that these two are going to fall in love? That’s a stretch, and plenty on Twitter aren’t jazzed about these two.

Jackson and Maggie aren't related by blood, but they are related by marriage, and that makes this whole relationship super weird. How awkward would it be for them to get together? And if they got married and had children, how do you explain to your kids that they only have one set of grandparents, basically? And your son-in-law is your stepson and your daughter-in-law is your daughter? This idea is a big old mess, and the show would do well to back away from it. Please, Shonda. For us. The fans.

April is going through some stuff at the moment — this once very religious woman is facing doubt in her beliefs, and she's dealing with it by partying a ton (chugging Fireball at Joe's across the street with the interns kind of partying) and sleeping with one of her interns. Is it unheard of for someone to sleep with an intern? No, since it was the premise of the whole show at first. But it's so not April. Jackson sees this, and he knows something's up. April won't let him in just yet, but for some reason, Jackson is going to be the only one who knows how to help her. He just has that effect on her. Plus, they have Harriet together. They're a family.

Maggie is dating a man named Clive right now, mostly because she opened up enough to let someone into her heart and her bed. Clive and Maggie are in serious like, and even though Maggie liked Jackson for a minute (Maggie has always been more into Jackson than vice versa), Maggie likes Clive! A lot! The people who live in her house know this because they can hear Maggie and Clive having sex all night long. Clive could be really good for Maggie, and they're on the right track. That's why this whole Jackson and Maggie thing shouldn't even see the light of day. Don't let it be a regrettable moment like George and Izzie (I am still mad about George and Izzie, OK?), Grey's Anatomy writers. Maggie and Jackson are basically sister and brother, respectively, and that's where their relationship should end.

More like this
Patrick Dempsey Explained Why Playing McDreamy Was Frustrating
By Grace Wehniainen
Patrick Dempsey & Jillian Fink Saved Their Marriage With Therapy
By Marina Watts
The 'Firefly Lane' Book Ending Teases Way More Tears To Come In 2023
By K.W. Colyard
This 'White Lotus' Symbol Could Hint At A Major Character's Death
By Grace Wehniainen
Get Even More From Bustle — Sign Up For The Newsletter