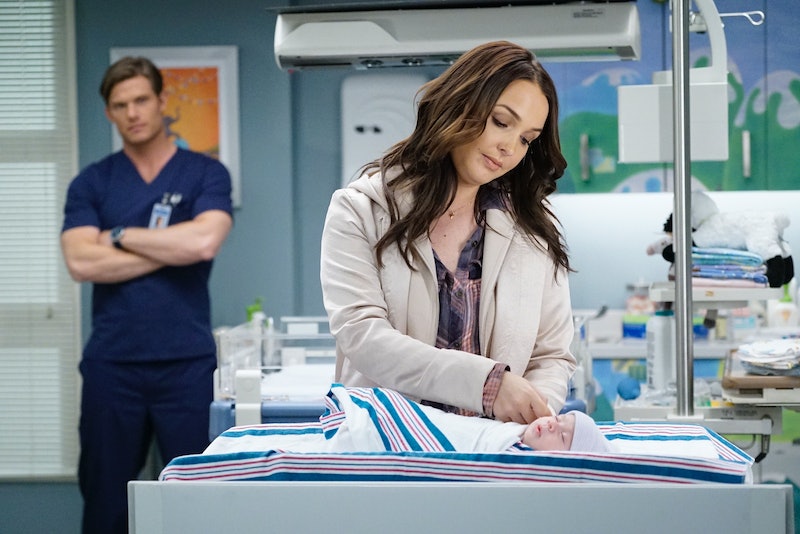 Now that fans know why Dr. Alex Karev isn't coming back to Seattle, actor Chris Carmack, revealed what's next for Jo on Grey's Anatomy without her estranged husband. "Jo is a tough character," Carmack, who plays Atticus Lincoln (aka "Link"), told People after Karev's final Grey's episode aired on March 5. "She has come so far and has grown so much. She's a survivor she can stand on her own."

As he elaborated to the magazine of Camilla Luddington's Jo Wilson: "I think she's going to rise from the smoke of all this. I don't think you can just crush this one-off, it's tough. She's a strong cookie. She has a lot to give to the world and the medical community and to the patients at Grey Sloan. I think, as a viewer, she's going to rise and be okay."

As Grey's viewers are now aware, in the "Leave a Light On" episode, Karev revealed he'd secretly relocated to Kansas to live with ex-wife Izzie Stevens (Katherine Heigl) and their 5-year-old twins he'd just found out existed. Carmack's Link, who's also one of Jo's closest friends on the ABC medical drama, had comforted Jo throughout Alex's absence following actor Justin Chambers' abrupt exit from the series on Jan. 10. In the March 5 installment, he told Jo — who'd just been dumped by Alex in a letter — that she's his hero. Her response? "Mine too." (On March 6, Luddington tweeted, "Jo's my hero too.")

Since then, Luddington also teased for fans that Jo's storyline is about to pick up some steam. The British actor shared a photo of herself reading poolside on March 7 with a caption that, in part, read: "Reading “Dear Jo..." like.." After a fan commented they "can't wait to see what's next" for Jo, Luddington responded: "omg me too! The scripts for Jo this season are! JUST. WAIT."

Off screen, Carmack admitted to People he was "drenched in tears" while watching the episode, citing Chambers' "contributions to the story over the years" as making it difficult to say goodbye. "There was an emotional fallout amongst cast and crew when we found out," he added, also noting how supportive the Grey's family is. He also called all of the nostalgic Grey's flashback scenes a "really kind of beautiful" tribute to Alex's 16-season arc on the show.

"Watching him and Meredith and their first go around, and him and Izzie. How incredible to see a flashback of 16 years ago that was actually shot as part of the television show," added the actor, who recorded a cover of Ingrid Michaelson's "Turn to Stone" with his band Life On Eris for the episode. "It was very tangible and emotional. It wasn’t just a flashback from that episode. Those were scenes that fans had invested in so long ago. To see them all back to back was very powerful."

Ellen Pompeo recently agreed that the episode was "the best send off" for Alex. Now that he's gone, however, Jo is left to pick up the pieces, and hopefully Carmack is right that she really will be OK.