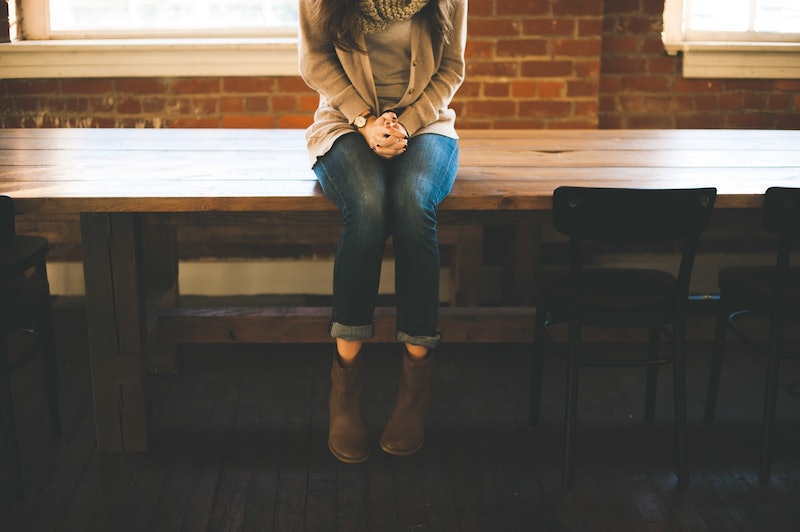 If you grew up in a less than ideal situation, you might wax poetic about how your life would be different if you'd had a more stable childhood. I know I have. Since we can't travel back in time, consider this: research suggests that growing up in a stressful environment can actually benefit you later in life. If you faced adversities during your childhood, you've likely heard how your less than Brady Bunch upbringing can hold you back. Now, researchers at Radboud University in the Netherlands have published a review that theorizes that the opposite is also true.

The study explored the possibility that, under the right conditions, kids from stressful environments could perform better than expected at efficient information gathering, assessing people's reputations, and other reasoning abilities, according to the article "Up From Chaos" published on Psychology Today.

This makes sense to me, and if you've ever watched Shameless you know that the Gallagher kids can be more resourceful than a room full of Ph.D. candidates. Here's the cliff notes of my story: My parents divorced when I was 3. My father, a Vietnam vet with undiagnosed PTSD, abused alcohol habitually, married a total of six times, and disappeared for almost 10 years when I was 12 (turns out he was down in Florida getting married some more).

My mom didn't graduate from high school, but still managed to get a job working in finance to support us. She had a stroke when I was 9, recovered, and was diagnosed with multiple sclerosis shortly after. She continued to work full time until she was 60. My younger brother was born with a club foot that had him in and out of the hospital for corrective surgeries the first 10 years of his life. Our apartment was robbed when I was 6. While it might sound like I could give the Gallaghers a run for their money, it also taught me how to take care of myself at a very young age.

"Most of the research on young people from adverse environments focuses on what they're bad at," JeanMarie Bianchi, of Wilson College, said in an interview with Psychology Today. "Our goal has been to uncover the psychological strengths of this population, because we know very little about what they're good at."

It turns out that if you grew up like me, you're most likely good at a lot of things that people who grew up in more conventional households struggle with. Researchers from the University of Minnesota Carlson School of Management focused on exploring two elements of executive brain function: inhibition; and the ability to disengage from one task and pick up another. They hypothesized that people who grew up amid unpredictability would fare worse on measures of inhibition but better at task shifting, especially in situations that evoked elements of their childhood, according to Psychology Today.

They were right. People who experienced unpredictability in childhood outperformed their privileged peers when switching tasks, and they were able to shift focus faster without losing accuracy.

Additionally, Psychology Today reports, "Developmental psychologist Bruce Ellis of the University of Utah describes this trait as the ability to 'unstick yourself,' a type of cognitive flexibility that correlates positively with traits such as creativity. It may be that individuals raised in stressful environments have a greater willingness to leave something undone — a lack of perfectionism that helps them do what's necessary without dwelling on what could have been — compared with those raised in homes with the luxury of routinely expecting perfection."

Sound familiar? My motto has always been "progress not perfection," because things need to get done, and getting something done to any degree is better than not getting it done at all. When I was growing up I learned to write checks at 7 so I could order pizza for me and my brother when my mom was working late. I started doing my own laundry when I was 9 because my brother kept leaving crayons in his pocket that would go through the dryer and ruin all of our clothes. I wanted to buy these ridiculous '90s clown pants called Skidz, so when I was 13 I got a paper route. In middle school we took turns cooking dinner one night a week, which led to my bother pursing a career in the culinary arts. I worked multiple jobs all through high school, and college, and bought my own car. And, because I grew up with a single mom, a lot of things in our house were rigged MacGyver style. Today, even if I don't have the proper tools, I can solve most household problems with a book of matches and a stick of gum if I need to.

What's more is that, even though there were many things I didn't know, I never thought I couldn't do anything I wanted. This led to me talking myself into numerous jobs I was ill-equipped for, but managed to excel at. If there was something on the job description I didn't know how to do, I taught myself (thanks Google). When I think back to starting a (now defunct) magazine when I was 27 — I know now that if I had known how hard it was going to be, I never would have done it. My lack of knowledge about how the world worked was an advantage that allowed me to take risks. If I wanted something, I tried to get it. If I saw a problem, I started working on solutions, even if I wasn't qualified to do so.

There's more: If you grew up in a stressful environment, you're more likely than others to questions rules, and find alternative ways of completing tasks. "People who are used to being able to rely on rules and to trust instructions — such as those who grow up in more stable environments — may stick with the rules even in the face of negative results," researcher Chiraag Mittal told Psychology Today. "Meanwhile, those from stressful backgrounds may be quicker to explore other possibilities, and stumble upon novel solutions."

This mentality has served me well in my life. While I respect rules, if instructions don't make sense to me I find a way to circumvent them. Since I didn't think the people around me had the last word on anything when I was growing up, I am more likely to question things. On the down side, if you grew up in a stressful household, you're likely more impulsive. I sure am. I have moved to three different states on a whim. However, it's worked out for me so being impulsive isn't always a bad thing.

"Most of the research on young people from adverse environments focuses on what they're bad at. Our goal has been to uncover the psychological strengths of this population, because we know very little about what they're good at." —JeanMarie Bianchi of Wilson College, Psychology Today

Researchers also suggests that norepinephrine, a chemical messenger the brain sends when we need to notice something new, unexpected, or frightening could explain why those raised in stressful circumstances may be better and faster at assessing threats, and reading emotions or intent in other people's faces. However, like anything, there are variables. Two children can be raised in the same stressful environment and respond in different ways. This is true for me and my brother. In the end, the study seems to suggest that how we talk about it makes a big difference in the outcomes for people like me.

Therapist Ian Morgan Cron tells Psychology Today that reinforcing the idea that growing up in a stressful environment can only manifest negatively can be a self-fulfilling prophecy, thus prompting individuals to neglect opportunities, or get lost in the pain of their childhood experiences versus harnessing their skills to succeed.

Highlighting the positive aspects of growing up in a tumultuous home empowers people to use these skills to get ahead. This kind of self-reliance can't be taught, and it can actually give you an advantage in many areas of your life.