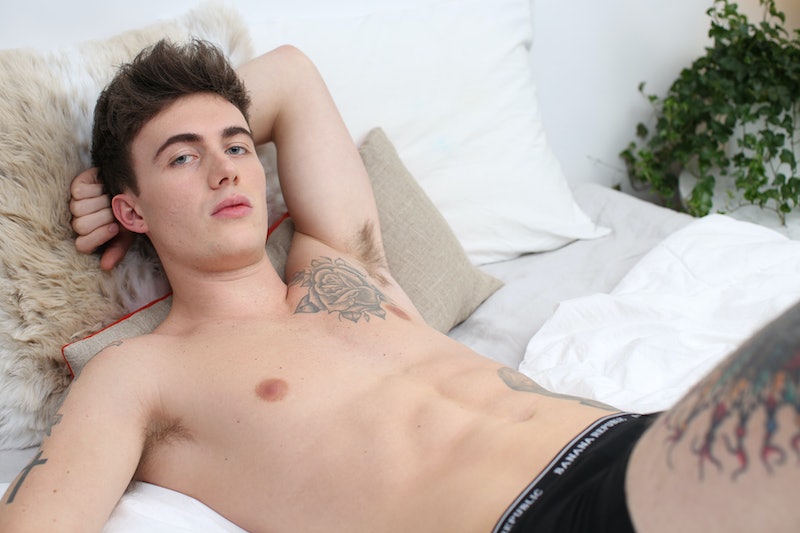 A recent AskReddit thread looked at things women think turn men on it but, in reality, don't do a damn thing — or actively turn people off. Now, on the one hand, it's no surprise that there's some real sexist BS in there — and ultimately, it shouldn't matter what a guy thinks of your behavior as long as you're happy and kind. And it's also a little ridiculous to think that any man is going to be able to speak to what turns all men on or off, but it's still interesting to get an insight into some men's minds.

One of the big problems? Faking orgasms. But that's problematic for both men and women.

"The idea of women faking orgasms is actually a very disempowering, bothersome concept," relationship therapist Aimee Hartstein, LCSW tells Bustle. "The point of two people having sex together is so they can be close, feel intimate, and enjoy sexual pleasure together."

And it's good to know that men don't like it either— because it's really not doing anyone any good.

But that's not the only thing that didn't do it for the men of Reddit. So if you want some insight into what did and didn't work, here are some of the highlights.