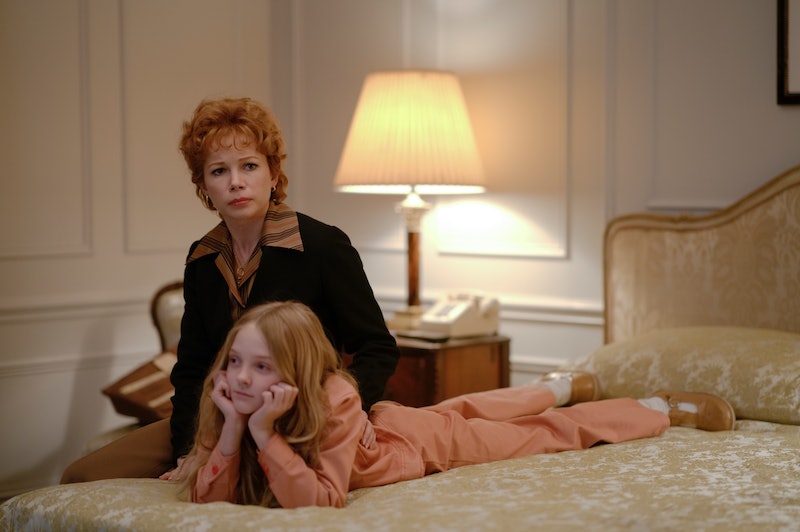 FX's Fosse/Verdon not only provides the backstory for some of Broadway and Hollywood's most iconic dance moments, but it's a history lesson of these performers' lives. For the third episode, viewers will see Gwen Verdon's life before Bob Fosse, including Verdon's son from her first marriage. Since Fosse and Verdon's daughter together, Nicole Fosse, was prominently featured in the first episode, you might be surprised to know that Verdon had another child.

According to her obituary in The New York Times, Verdon had eloped with a writer for The Hollywood Reporter when she was only 17. She was married to James Henaghan for five years and they had a son, James Henaghan Jr., also known as Jimmy or Jim. While married, she took a break from performing. But following the divorce, Verdon went back to her career and left her son with her parents.

After Verdon died in 2000, People reported that Henaghan spent his childhood bouncing around from Verdon's parents, a boarding school in Connecticut, and Verdon's apartment in New York. "She strived to keep a sense of normalcy in our lives," Henaghan told People. "It was different from a normal childhood. But it was normal for me."

Apparently, Henaghan followed in his mom's footsteps for a bit since his IMDb profile shows that he acted in TV series like Lassie and The Waltons in the 1960s and '70s. But he also had writing chops like his dad since he wrote a few screenplays during this time too. But he didn't stay in Hollywood. According to a Hope of the Valley Rescue Mission volunteer spotlight, Henaghan was a plumbing contractor and a restaurant owner as well. And he now donates his time by cooking at the California-based mission.

While Nicole Fosse is a producer on Fosse/Verdon, it doesn't appear that Henaghan was involved. But he has discussed his mother and stepdad for other projects. In the biography Fosse by Sam Wasson, which Fosse/Verdon is based on, Henaghan talked about his relationship to his mother's second husband. "Bob had his demons, but he was funny, really funny," Henaghan said. He also discussed his mom's decision to leave him with her parents.

"My mom had to decide whether to become a shop girl and take care of her kid or pursue her career, and her need for dance," he said. "That was a tough decision for her to have to make and it bothered her a great deal, but it was her choice and we all went along with it." He noted how his grandmother, who ended up raising him, had been "very supportive" of his Verdon's dancing career. "She wanted my mom to dance because my mom loved it and [she] was willing to go to great lengths to see her succeed," he said.

While Henaghan isn't as big of a figure in Fosse/Verdon as his half-sister and Verdon had guilt over leaving her son to be raised by her parents, he has helped to keep her legacy alive. Like he says in the Merely Marvelous trailer, "As corny as it is, the show's the thing — it must go on." And Verdon's show is still going on, thanks to Fosse/Verdon.