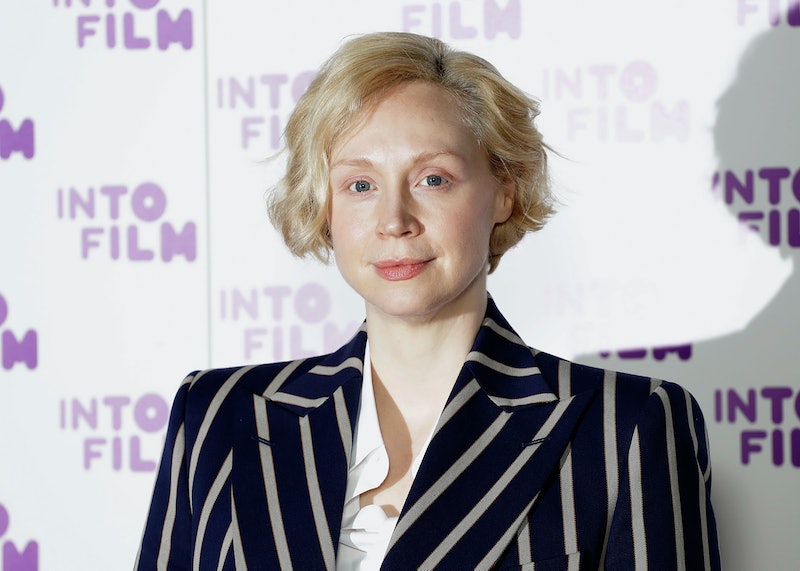 While the final season of Game of Thrones may have been controversial for some fans, there is one person who is really happy with the way things wrapped up, even if it wasn't what viewers expected. According to a recent interview with People, Gwendoline Christie is happy Brienne and Jaime didn't end up together, because it ensured that the focus of her story was all about Brienne's goals.

Like Braime shippers everywhere, Christie was happy to see Brienne's relationship with Jaime (Nikolaj Coster-Waldau) progress in Season 8, telling People that she's glad Brienne's first sexual experience was with the former Kingslayer. "Personally, I’m glad that Brienne elected to have her first sexual experience," she explained. "It was something that she consents to and I’m glad we see her leaving herself open and having an honest, emotional response to that — and recovering from it. And, ultimately, superseding her expectations and no longer being in service and protecting someone else but being in control."

However, she wasn't upset that things didn't work out for the pair, as Brienne still got to live out her dreams as the new leader of the Kingsguard under King Bran (Isaac Hempstead-Wright). “I love that Brienne elects to have this romantic moment with Jaime Lannister and that it’s her choice to have that,” she continued. “And, ultimately, what was my favorite point was that she gets the promotion that she’s always wanted."

"She is Lord Commander of the king’s guard," Christie added. "And how it ends is not about her relationship with a man, but about her fulfilling her destiny and her work. And that’s delighted me. That the woman goes back to work!"

During her time playing Brienne of Tarth, Christie has seen the way that the strong character has inspired female Thrones fans — and Brienne's career-centric ending fits right in with that. "I have been really encouraged by the response from women to that warrior," the actor told People. "A woman who is a warrior but who also has a very deep sensitivity, a very strong moral sense and a deeply rich emotional world which she struggles to hide. I hope what it means is that we see more three-dimensional female characters, and I hope this signals the end of female parts that are merely the girlfriend and mother."

In fact, it was all of those elements of Brienne's character that inspired Christie to submit herself for an Emmy nomination. (She is up for Best Supporting Actress in a Drama at the 2019 awards in September.) "I checked that it wasn’t an inappropriate thing to do, and I was told it wasn’t," Christie told the Los Angeles Times in early August. "But I just had to do it for me. And I had to do it as a testament to the character and what I feel she represents."

Christie continued, "I wanted the possibility of being recognized for everything that character represents, for what she’s meant to me and for the part I feel she’s played, in some small way, in the burgeoning landscape we have in entertainment of seeing women in a different way. A more realistic way and a more unconventional way."

While Brienne may not have gotten the typical happy ending — riding off into the sunset with Jaime — Christie's comments make it clear that her growth and confidence over the course of the series means she got the perfect ending for the first female knight in Westeros.