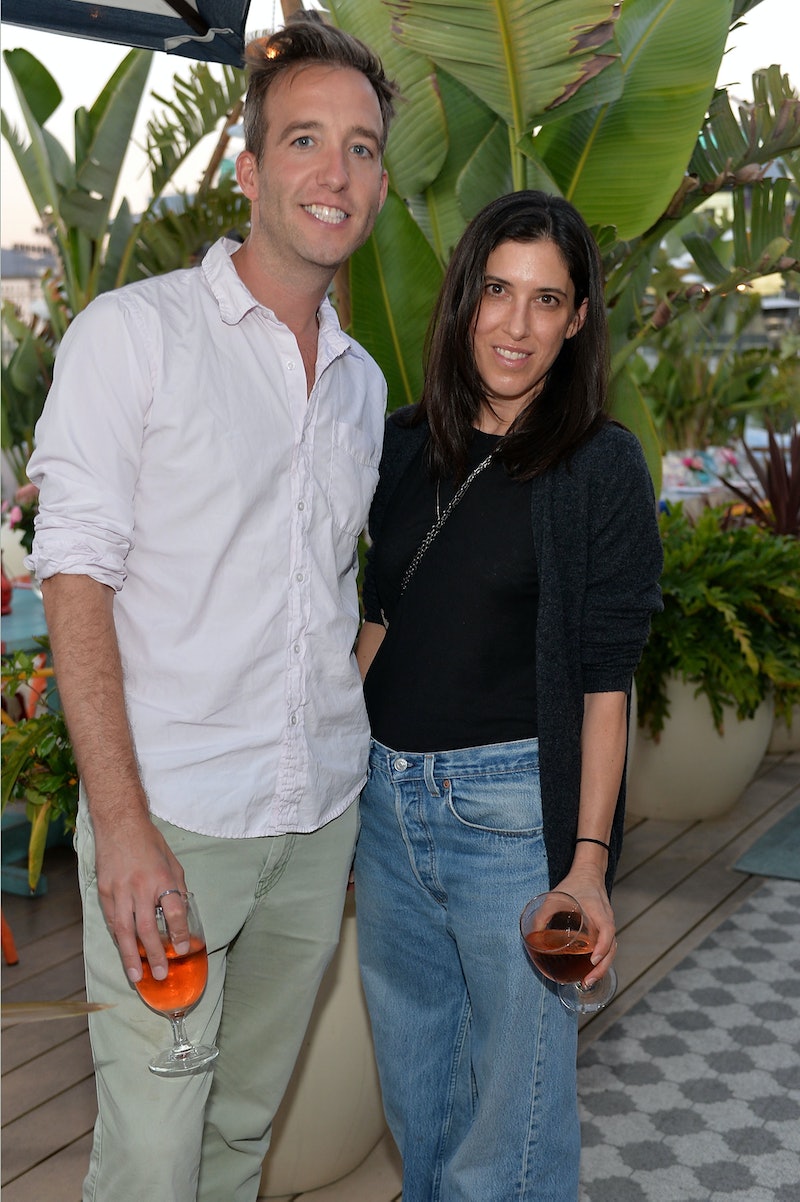 Kevin Keating has worked as Gwyneth Paltrow's assistant for 10 years, a job which has come with some unusual celebrity-adjacent perks. Keating was the "spiky-haired" the inspiration for the Goop avatar Nurse Kevin, who texts customers with "100 daily health tips, recipes, and pieces of expert advice," like the importance of a clean beauty regime, for example. He's the spark behind the brand's Keating blazer, a boyish single-button coat GP assures us wears "great as part of a suit or on it's own." His film credits include the Marvel Cinematic Universe, and his home was furnished by Restoration Hardware as part of a Goop "small space makeover." In magazine profiles, Keating pops up as the hand holding Paltrow's iced matcha almond milk latte.

But in the series premiere of Netflix's the goop lab with Gwyneth Paltrow, Keating's job description swells to include a mind-bending trip to Jamaica, where use of psilocybin (aka magic mushrooms) is unregulated. His spiritual journey into the abandonment issues that he's harbored since his father split when he was a kid is full of soulful nodding and tears. He debriefs the experience with GP when he returns to the office and the two share 'I love you's' and a familiar hug that made us wonder how things have been going since he got back from his trip.

Keating's posts are few, far between, and relatively Paltrow free. His geo-tags tell the story of a life lived on planes — since his Jamaica post 43 weeks ago, he's been in Dubai, Japan, Nantucket, and Montana. Go even father back and the bennies of being a Hollywood PA include hanging out with Oprah (!!!) and attending the Goldene Kamera (basically, the German Oscars).

Beyond that, his account is littered with #basic photos of LA hikes, Keating stretching out in first and business class plane seats, and posts that reflect his liberal political conscience. He's posted in support of Hilary Clinton in 2016 and, more recently, against Brunei's death by stoning laws for homosexuality.

One of Keating's goals in Jamaica was to help heal the wounds that have caused life-long "issues with getting close to people" and "letting people in." In the run up to Christmas, he posted a photo with a tree strapped to the top of his jeep and his boyfriend. GP liked it.

If there's one reason to watch goop Lab, it's for Kevin's emotional journey in Jamaica.