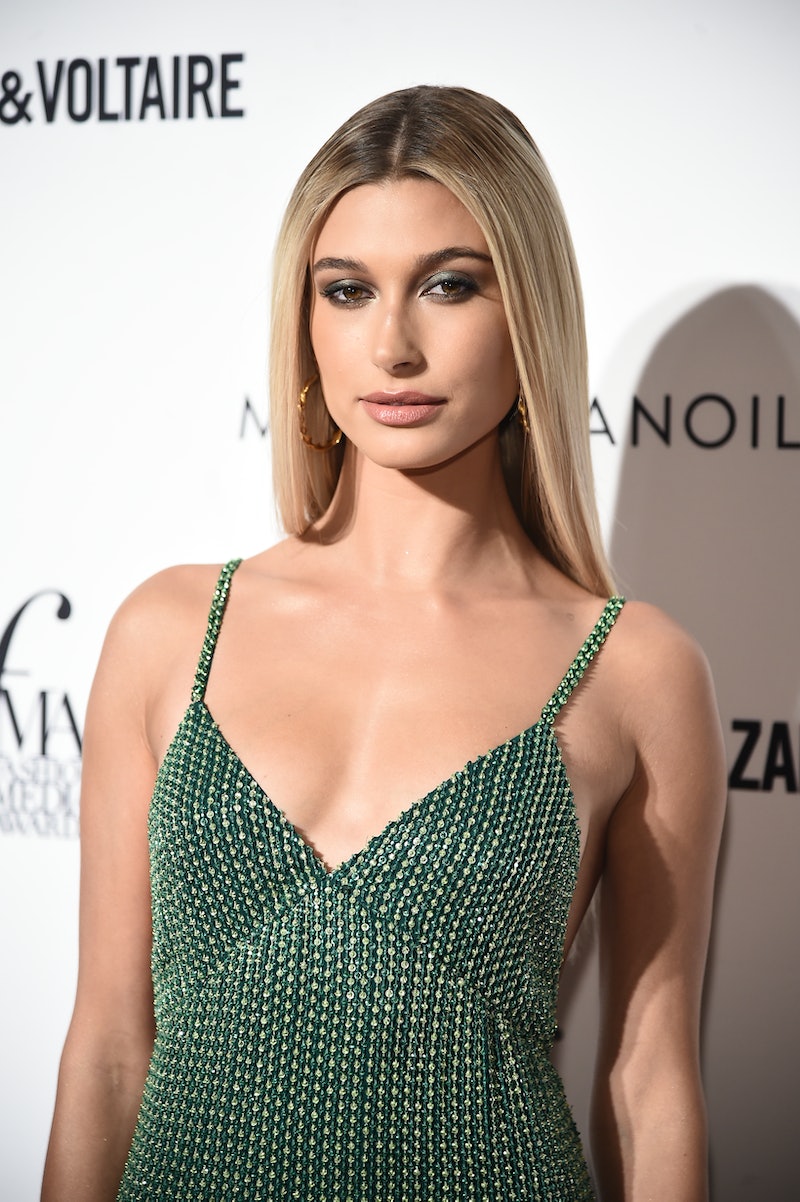 As everyone knows, social media isn't exactly a positive place all of the time. Even Hailey Baldwin, who has a wildly popular social media presence, can't escape some of the negativity found on the likes of Instagram and Twitter. In a recent interview with Cosmopolitan, Hailey Baldwin explained her healthy approach to social media, particularly when it comes to the trolls that she, unfortunately, has to deal with.

In an interview with Cosmopolitan, published on March 21, Baldwin, and her friend, Kelia Moniz, spoke about their longtime friendship and their ROXY Sister collection. The convo naturally turned to how the Drop the Mic host handles some of the negativity she receives on social media. According to her, there are some specific steps that she takes in order to keep such a positive mindset. "I’ve found that I got to a place where I don’t read the comments,” she explained, and continued:

“You still care to a certain extent. You really have to train your brain to be like, ‘Okay, why do I even care? I don’t know these people, they don’t know me, they’re not a part of my life or my relationship.’ People can just be mean, and I feel like if you don’t want it to get to you, then don’t read it and allow it to affect your soul."

Stepping away from social media from time to time is definitely a mature way to deal with any of the negativity.

Baldwin also related that there are some specific measures, including one that she has notably done in the past, that she takes if the haters get to be too much to handle. She said:

"Sometimes I delete Instagram for a couple days at a time, which is really nice. I’ve done that when I’ve felt like I really couldn’t handle what people were saying or it was like what I was looking at was unavoidable."

This isn't the first time that Baldwin has opened up about her relationship with social media. On multiple occasions, she's addressed the haters by saying that she isn't going to let their negativity get the best of her, just as she did in an interview with Stellar in September 2018. Additionally, the model did actually take a break from Instagram, which she discussed on her Instagram Story in December 2018, in order to get away from the stress that social media sometimes brings. She reportedly wrote:

"being off of Instagram is the best thing ever. Whenever I take breaks from it I feel so much better so much happy as a person.. the second I come back on I get immediate anxiety, I get sad and I get worked up. please don't get me wrong Instagram is an incredible tool and great way to stay in touch and interact with others. But the negativity screams so loud."

So, the next time you feel a little stressed out on social media, you might want to follow Baldwin's footsteps when it comes to taking a step back from Instagram, Twitter, and the like, because she definitely has the right frame of mind when it comes to staying positive.