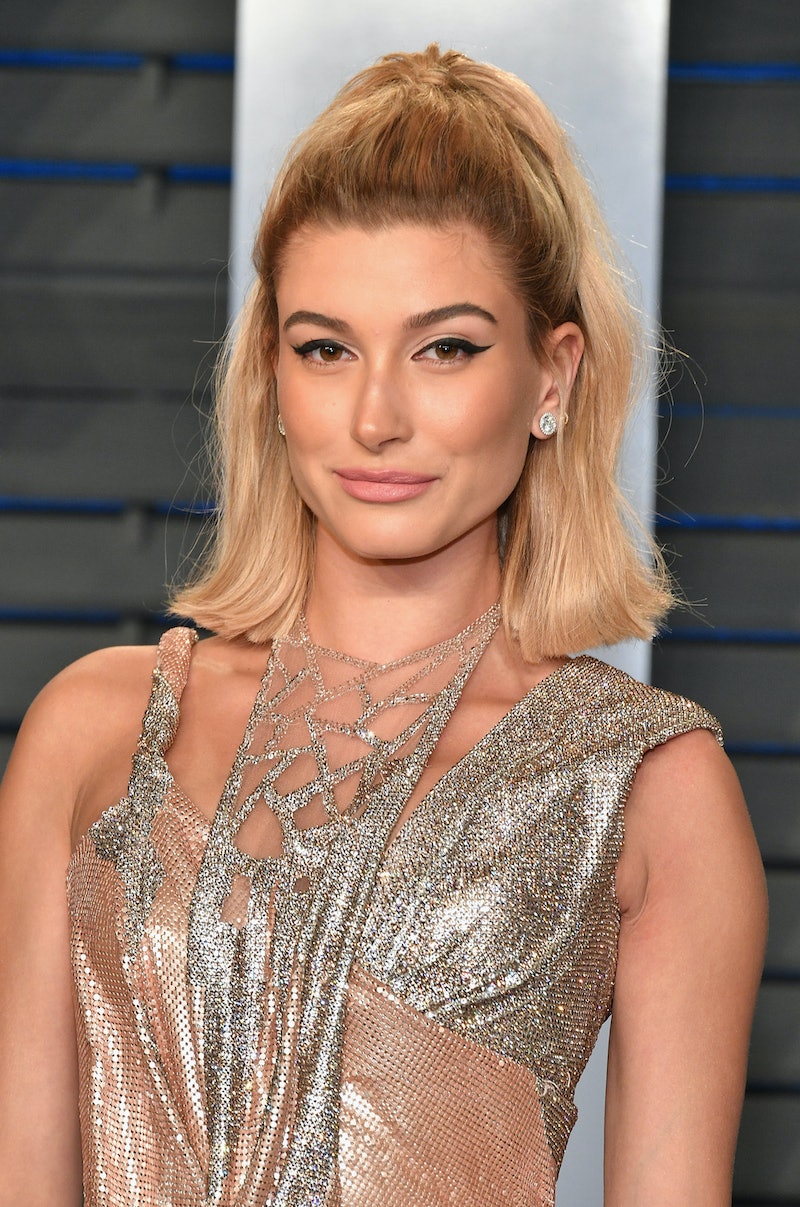 Marriage comes with all kinds of responsibilities and conversations, including whether or not an individual will take their partner's surname. While sitting down with Bustle recently, Hailey Bieber discussed taking Justin's last name and how much consideration when into her decision. Her choice is also one she makes clear doesn't take away from her family name, Baldwin.

"It took some getting used to, for sure. It's definitely strange, it takes adjusting," she says about becoming a "Bieber" after marrying the singer last September at a New York City courthouse. (They're planning on having a second ceremony for friends and family sometime in the near future.)

Taking your spouse's name is a personal choice, but it also doesn't mean your identity gets squashed in the process. Like Priyanka Chopra said about taking Nick Jonas' last name, "I always wanted to add his name to mine because I feel like we're becoming family, and I’m a little traditional and old school like that. But I don’t take away my identity. He gets added to who I am."

That sounds exactly like how Hailey feels. She was born a Baldwin. Her parents are Kennya and Stephen Baldwin. As most people are well aware, the Baldwins are an extremely famous family, especially thanks to Stephen and his brothers, Alec, William, and Daniel.

On Nov. 16, 2018, the model made it known to the world that she took Justin's last name when she changed her name to "Hailey Bieber" on Instagram. That said, the Drop the Mic host couldn't be more proud of her famous relatives, which is why Hailey still maintains her family roots. A new last name doesn't actually change the 22-year-old's identity, but Hailey still chose to discuss her choice with her father to ensure he wouldn't be hurt.

"I'm very proud of my family name," Hailey tells Bustle. "I come from a great family with a history in this industry. I remember when I was going to change it, I asked my dad if he was going to be upset and he was like, 'No! I don't care. We love you. All good, everyone still knows you're a Baldwin.' It's true!"

Stephen's right, his daughter will always be a Baldwin. Hailey's husband only adds to who she is as a person. As Justin wrote on Instagram last July, "My heart is COMPLETELY and FULLY YOURS and I will ALWAYS put you first! You are the love of my life Hailey Baldwin and I wouldn’t want to spend it with anybody else. You make me so much better and we compliment eachother so well!!"

Clearly, Hailey feels the same way. She even knew marrying Justin was the right thing to do, despite anyone who may claim she's too young to be married. In a September 2018 interview with The Cut, Hailey said, "My sister was 24 when she got married, and my parents also got married when they were young, too. I see no reason to wait. When you know it’s right, it’s right."

Hailey also has another thing right — she'll always be a Baldwin. But most importantly, she'll forever be her own person, even as a married woman.

More like this
Christina Perri Had No Idea Her 'Twilight' Song Is On YouTube's Top 100 Chart
By Radhika Menon
Gabby & Rachel Reveal How That 'Bachelorette' Rose Ceremony Twist Happened
By Grace Wehniainen
Chloe Pirrie Is Ready To Take The Next Step
By Sam Ramsden
At 14, D'Arcy Carden Was Sneaking Out To Parties & Crying Over Kurt Cobain
By Ivana Rihter
Get Even More From Bustle — Sign Up For The Newsletter