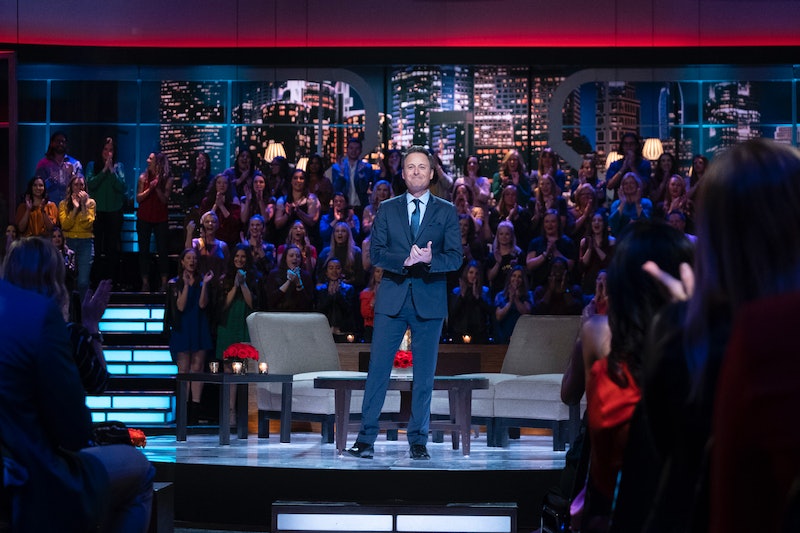 Get ready, everyone — Bachelor Nation isn't about to give any of us a breather. Tuesday evening, Chris Harrison finally announced that Hannah B. will be the next Bachelorette. No matter who you wanted to see take up the helm next season, this is an exciting development. Hannah is funny and delightfully weird in a way that's pretty rare in the world of reality TV, and she quickly made herself a fan favorite. She's a lead who actually might deliver some big personality, and honestly, we haven't been able to say that in a while.

Hannah's story throughout Colton's season of The Bachelor was a bit of a rags to riches tale. She started out in rougher ground even though she scored the first one-one-one date — remember that cringe-worthy toast? — and even got into some ill-advised drama with fellow contestant and longtime frenemy, Caelynn. But after calming things down with her co-star, and allowing other women's drama to take the forefront as the season progressed, she bounced back in an astonishing way.

Particularly when Colton sent her home — a devastating blow after he'd just taken her to meet his family for some reason — Hannah solidified herself a place in fans' hearts. When the news broke that she would be helming her own season, Twitter was excited, to say the very least.

It seems clear that Colton simply just wasn't envisioning a future with Hannah as much as he was the other women. He let her down easy, and she was a class act all the way through the heartbreak. She told him she gave him all she could, and she didn't really know what he wanted, but she was glad to know where he stood. Colton told her he knew there was someone out ther who was perfect for her, and she answered with a matter-of-fact "I know that," and honestly, that moment might have been what sealed the deal.

It shows that Hannah knows what she deserves in life, and won't settle for anything less. She was sad that Colton didn't feel the same way she did, but she didn't let it break her, and didn't fool herself into thinking he was her only option in life. "I will not allow myself to not feel chosen every single day," she says tearfully in the limo. "And I'll wait until whenever that is." Whew, this woman is ready!

I am extremely here for Hannah's attitude, her silliness, and her genuine personality. Sure, you can never know for certain who someone really is when it comes to reality TV, but she's appeared to be completely herself, warts and all, throughout this season.

Hannah is someone everyone can root for, but at the same time, she doesn't feel like a safe choice in the way many of the women featured in Colton's season might have. If social media's reaction to the announcement is to be trusted, fans are ready for Hannah to find love, and will be rooting her on as she takes the reigns for her own journey.