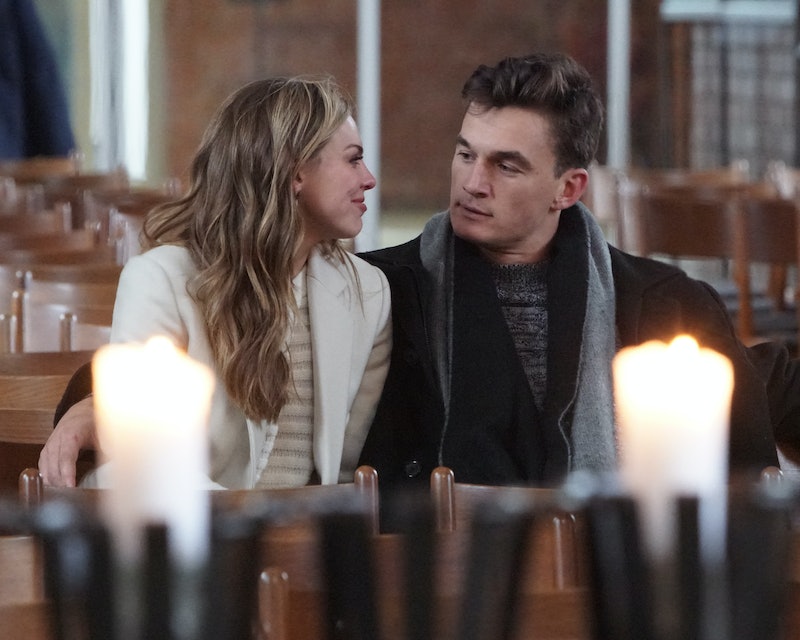 After spending almost three weeks practicing social distancing together with a group of friends, Hannah Brown isn't quarantining with Tyler Cameron anymore. The former Bachelorette star has officially left Florida and has returned home to Alabama. Not only did Hannah post videos of being home on her Instagram Story, but People reported on April 2 that Tyler's best friend, Matt James, shared Hannah's departure on his story.

"Breezy is back in Tuscaloosa, Alabama, her and Marshall drove home late last night, they want to ride this thing out with their families," Matt reportedly said about Hannah and her friend, Marshall Eads. It's important to note that on April 1, Florida Gov. Ron DeSantis put in place a mandated 30-day stay-at-home order for the state of Florida. The order goes into effect at midnight on Thursday, April 2. There's a good chance that this is one of the reasons Hannah decided to leave Florida late Wednesday.

Whatever the case, Hannah is now home and sharing details on her story. She told followers on Wednesday that she's "definitely not on her best right now" and has spent a lot of her time eating and sleeping. She also said, "I’m going to work out some more, try to do some fun things. There are so many options right now. Maybe climb a tree in my front yard."

Hannah's been trying to keep her spirits lifted as much as possible during these trying times and with Tyler by her side. As People reported, they first reunited on March 14 when she flew to Florida to spend time with Tyler. Their reunion occurred only days after Hannah attended a memorial service for Tyler's mother who died of a brain aneurysm on Feb. 29. Hannah did fly back home following the memorial, but returned to visit Tyler and has been in self-quarantine with him ever since, until April 1 that is.

While in isolation with the "Quarantine Crew," Hannah and Tyler created plenty of TikToks, like one where they played spin the bottle. There, of course, have been romance rumors surrounding the two, but they haven't confirmed or denied anything. Overall, it appears they are just good friends supporting one another during difficult times. Now that Hannah and Tyler are states apart, they sadly won't be sharing anymore TikToks together, but you bet they'll continue to have each other's backs.