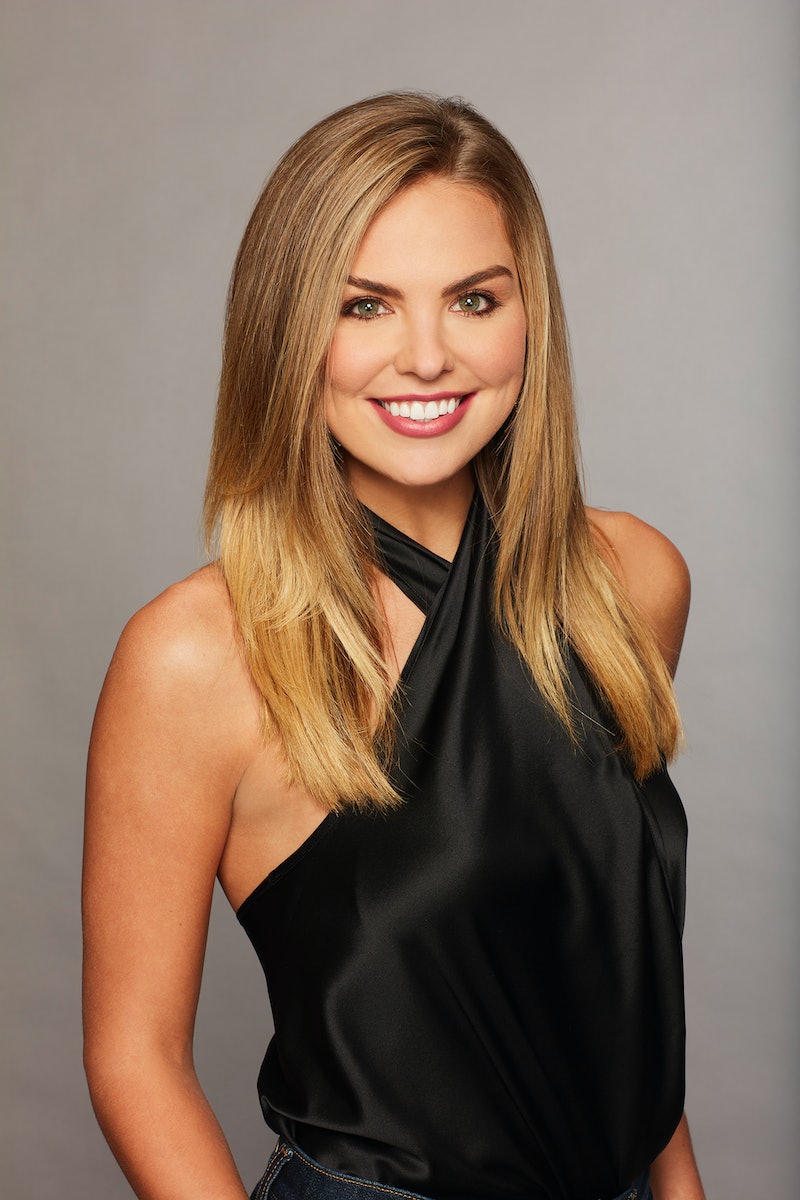 The world knows one side of Hannah B. on The Bachelor. They know the nervous, at times insecure version who made the likely fatal mistake of "warning" Colton about a fellow contestant. But that's not all of who Hannah is. Hannah's Instagram from before The Bachelor reveals her real life and who she's been since high school. (Yeah, her IG goes all the way back to 2012.)

Hannah made a big splash on The Bachelor premiere, assuring Colton that she wasn't from Arkansas (his ex Tia was), but rather that she was an Alabama girl through and through. She made such an impression on the leading man that he gave her the show's first one-on-one date. But the daytime portion of the date had Colton almost thinking about sending Hannah home. She seemed to be a different version of the person he met on night one. She was really quiet and a little awkward. You know, like anybody would be on a first date on national television in a hot tub. She opened up a bit more at dinner, though, and Colton kept her.

But soon she started fretting about Caelynn and wanting to warn Colton about who Hannah thinks Caelynn really is. She wasn't very specific in why she and Caelynn weren't friends anymore, though, and Colton left the conversation confused about both women — which could hurt Hannah's chances in the end.

But there's so much more to Hannah than her feud with Caelynn. And here's what her IG reveals.

She's Been In The Pageant Game For Years

In 2012, Hannah won Miss Tuscaloosa when she was still in high school. She set the stage for her Miss Alabama USA 2018 win very early on.

Adding to her penchant for pageants, Hannah picked up the Miss Trussville victory in 2013.

Then She Won Miss Steel City After That

She's been keeping her head in the pageant game for years.

But aside from being in pageants forever, here's what else Hannah's Instagram reveals about her.

She Was A Super Cool Kid

She Was In The Alpha Chi Omega Sorority

So she can handle a mansion full of Bachelor women no problem.

It's basically her catchphrase on the show and it started young according to this 2013 photo. It's her college's chant for their Crimson Tide athletics.

She's all decked out in mouse gear.

And She Loves Her Pooch, Roscoe

She Graduated The University Of Alabama In 2017

She's an Alabama girl through and through.

This is her home y'all.

And You Can See A Clip Of Her Pageant Performance Here

"Pics and vids or it didn’t happen," she captioned this clip.

She Was Really Close Friends With Caelynn

Before they had their mysterious falling out, Caelynn and Hannah were BFFs and the evidence is everywhere on Hannah's Instagram.

It's too bad that things are frosty between them now, but if the falling out was because Hannah didn't place at Miss USA 2018 and Caelynn did (as Caelynn claims), it's not hard to understand where Hannah was coming from. Pageants have been in her blood for years and it had to sting to not get be the top.

But since the two were once so close, maybe they can get back to that some day. And spending time in the house together at least gives them a chance to work things out. Bachelor fans are rooting for you, Hannah and Caelynn!