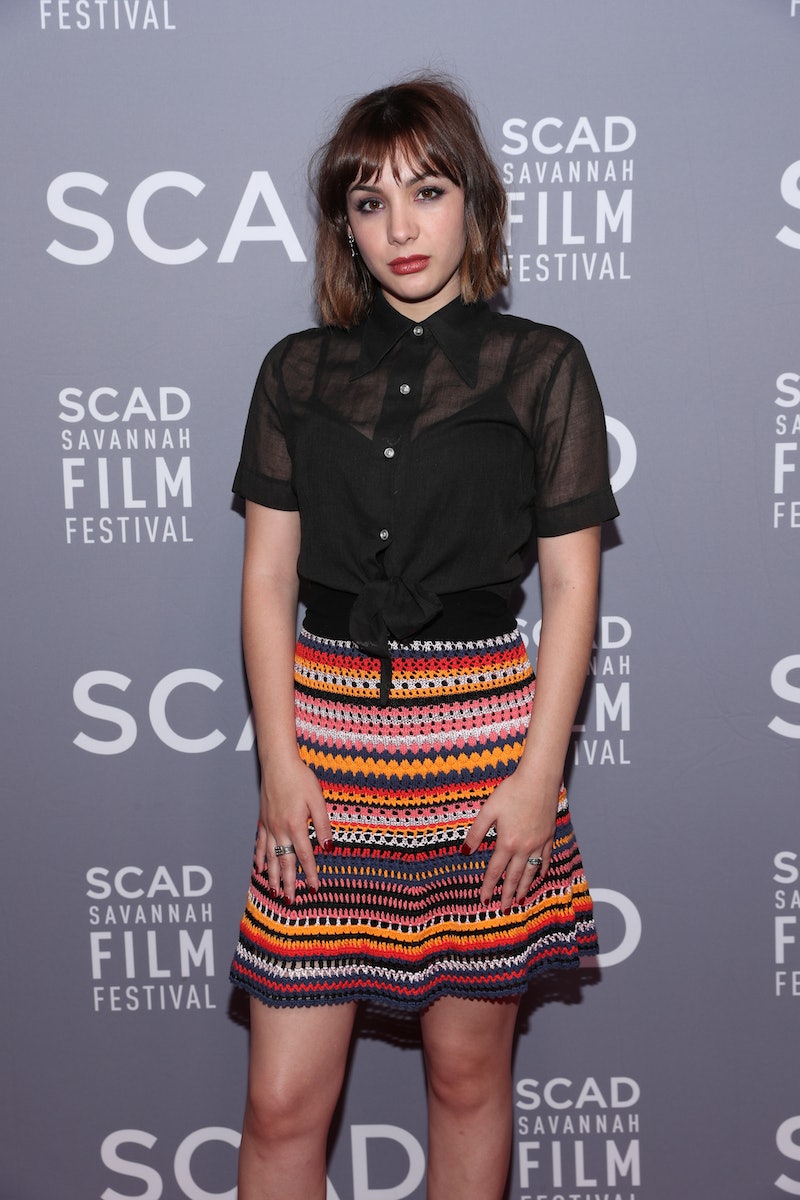 This millennial is truly making her mark. At just 25 years old, the Turtles All the Way Down director Hannah Marks will be "one of the youngest female studio directors in history," according to Variety. Soon, she will be at the helm of the movie adaptation of John Green’s 2017 bestselling young adult novel, his first book following the 2012 YA tearjerker, The Fault in Our Stars. And Marks intends to capitalize on her youth.

“There’s nothing worse than reading a script written by a dad who is writing a teenage girl who says ‘hashtag chill,’” she told Vanity Fair in October. “I can pretty confidently say she wouldn’t say that.”

That perspective will come in handy given the film's plot, as described by Variety:

"The story follows a 16-year-old a girl with OCD, who discovers through her friend that a billionaire construction magnate has gone missing in the wake of fraud investigations. Tempted by the reward of $100,000 for information leading to the billionaire’s arrest, the two begin a search for the missing billionaire."

Marks, who has appeared in TV shows such as MTV's Awkward, Showtime's Weeds, and Dirk Gently’s Holistic Detective Agency on BBC America, as well as films including 2010's The Runaways and 2012's The Amazing Spider-Man, "still considers herself an actress first and foremost," per VF.

Even so, her indie directorial debut, the romantic dramedy After Everything (originally titled Shotgun), which she also penned, earned raves at the 2018 SXSW Film Festival. For the movie, which starred Shameless' Jeremy Allen White and It Follows' Maika Monroe as love interests, Marks attempted to combine two topics that aren't normally paired together: cancer and comedy. In the movie, Monroe's Mia joins White's cancer-stricken Elliott on a quest to tick off his bucket list, which includes a shotgun wedding, among other antics. (It sounds like Marks and Green will get along just fine.)

“At first, I was just another actor with a script. If you live in L.A. or New York, you know there are a million of us,” Marks, who also co-wrote, produced, and starred in recent L.A. Film Festival entry Banana Split, added to VF. “My goal became to be so good that no one can ignore you ... I want to force people to keep turning the page.”

Marks also told VF that she honed her skills by watching films — including 2010's Facebook flick, The Social Network — while simultaneously comparing movie projects to their scripts: “I would read the first 15 pages and then watch the first 15 minutes, and do that all the way through until I finished. I’d think about what changed from script to screen and why.”

For his part, Green, who will also co-executive produce the Turtles All the Way Down's adaptation with Rosianna Halse Rojas, drew inspiration from his own life when penning the novel. “This is my first attempt to write directly about the kind of mental illness that has affected my life since childhood," he said in a 2017 statement via Time. "So while the story is fictional, it is also quite personal.”

The newest re-telling of one of his works will shoot for the same success of 2014's Shailene Woodley and Ansel Elgort-led The Fault in Our Stars adaptation, which earned $307.2 million globally, per Variety. The 2015 film Paper Towns, which was based on Green's book of the same name and starred Nat Wolff and Cara Delevingne, grossed a more modest $85.5 million, also according to Variety.

With Marks behind the camera with a fresh perspective, fans will surely be lining up when Turtles All the Way Down eventually hits theaters.