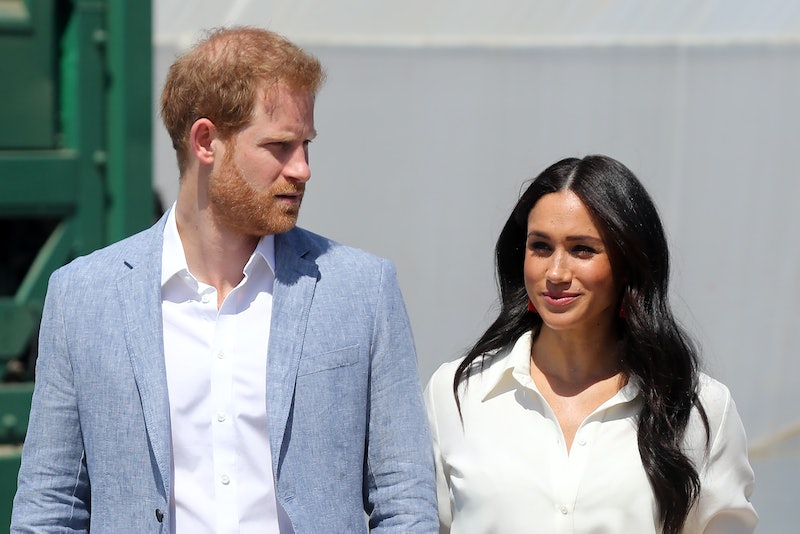 Prince Harry and Meghan Markle have been using their time in lockdown to give back to others, having shared their support with multiple charitable causes via online calls and social media. Their latest act of support came when Harry and Meghan joined a Zoom call to surprise mental health charity workers in Atlanta this week.

The Daily Mail reports that Ricky Neal of the Crisis Text Line in Atlanta shared a photo of a surprise Zoom interaction he and his teammates had with the couple. The photo was shared on Neal's private social media accounts, and shows Harry and Meghan sitting side by side, talking to others on the call.

The charity worker wrote the accompanying caption on social media: "It's not everyday that Meghan and Harry jump into your staff meeting & champion the work you do! Blessed to still be working during these crazy times!"

He also followed this up with a Tweet saying: "Still shocked that Meghan and Harry took over our staff meeting yesterday!"

As far as we know, this is the couple's first virtual joint appearance since the lockdown began. However, both Harry and Meghan have been doing their bit to support charities of their choice in recent weeks.

Meghan has appeared on several Zoom calls to offer support to causes close to her heart. In April, she spoke to the women behind the Hubb Community Kitchen about their COVID-19 campaign, which sees the women deliver food to those in need.

Shortly after this, the Duchess also chatted with a woman who was being helped out by Smart Works, which has been one of Meghan's patronages since January 2019.

The couple have also helped out in other ways. For example, to celebrate their son Archie's first birthday, they filmed a video for Save The Children UK in which Meghan can be seen reading to her son as part of the charity's Save The Stories campaign.

Prince Harry also recently wrote a letter of condolences to the family mourning the recent death of their 18-year-old daughter Holly Smallman, who Harry had previously met and created a special bond with.