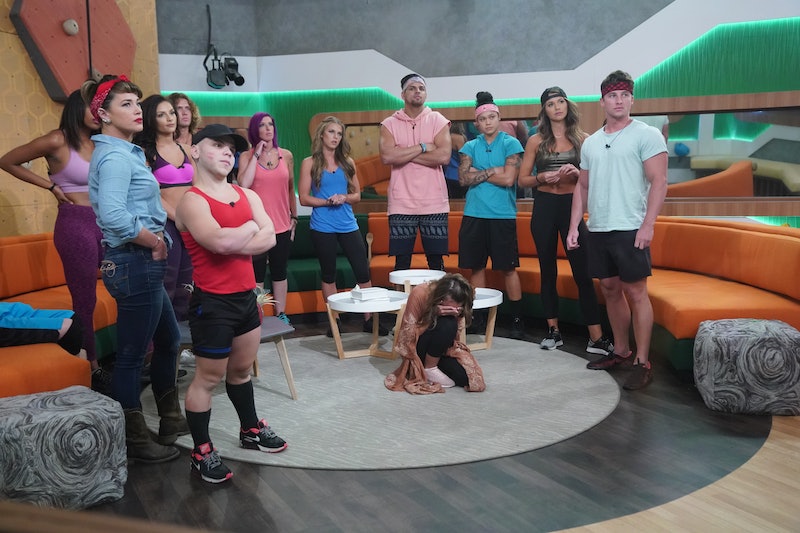 The FOUTTE alliance on Big Brother 20 has lost member after member after member since the evictees started being sequestered to jury. However, next week's Jury Battle Back competition may provide a brief win for the crumbling alliance should one of their former members manage to re-enter the house. The competition allows evictees a second chance to step into the Big Brother house, but most returning houseguests find themselves facing an uphill battle. One houseguest has technically won Big Brother after winning a Battle Back, but Big Brother 20 could be the first season where a contestant wins a Battle Back and then goes on to win the season they battled their way back into.

The opportunity for an evictee to win their way back into the Big Brother house has been a part of the series since Season 3, making sporadic appearances throughout the show's first 14 years, before becoming a consistent part of the show in Season 15. Big Brother 20 will be the show's tenth season to feature a Battle Back competition, but the odds are not in the favor of the competition's winner. The only person to win a Battle Back competition and then win Big Brother was Nicole Franzel — and it took her two seasons to do so. Nicole won the Battle Back in Season 16, but came into the house without any alliance members and was quickly sent back out of the house before winning Big Brother 18. Just as Nicole re-entered Big Brother 16 to find a house that was not on her side, whoever wins the Big Brother battle back will likely be entering a house where the people who evicted them are still in power.

Bayleigh, Rockstar, and Scottie will be competing in the BB20 Battle Back against whoever is evicted the week of the Battle Back, but considering the numbers in the house it's likely that either Faysal or Haleigh could be joining their former FOUTTE members the the competition. If FOUTTE manages to remain a party of two, or turn into a three-person alliance, that doesn't change the fact that Tyler, Kaycee, Angela, Brett, and JC are running the house. The Battle Back may provide players a second chance, but in a way the game is already rigged against whoever returns.

There may not be any precedent for Battle Back winners making it to the end of the season, but Big Brother 20 is perfectly primed to live up to the show's warning that fans should "Expect the Unexpected," and have the first winner who won their way back into the house from the jury.