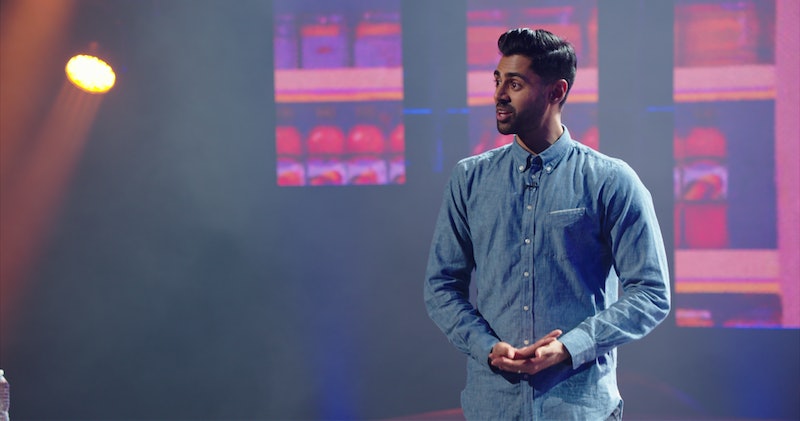 There may be no more personal form of performance than stand-up comedy. It's just one person, alone onstage, revealing to others what they think is funny. In Hasan Minhaj's Netflix special Homecoming King, he thinks that the funniest things in his life are also some of the saddest. Over the course of the special, he talks about attempting to connect to an emotionally distant immigrant father, his family's life being threatened the day after 9/11, and a girl in high school rejecting him for his skin color. Minhaj masterfully highlights the universal qualities in these extremely personal stories and makes some gut-busting jokes along the way.

Minhaj isn't the first stand-up to walk the line between comedy and confessional storytelling in his performances, even if he may be one of the most effective. Minhaj's special shares its DNA with stand-up specials like Chris Gethard's Career Suicide and Tig Notaro's Live, both of which took personal difficulties, found the humor in them, and packaged them in a way to make those on the outside understand what they were going through — while still giving power to those who could relate all too well. Minhaj's special doesn't veer into the overtly political often, unlike his fantastic Correspondence Dinner appearance, but the act of celebrating and sharing his own history as a plea for empathy and understanding carries an immense political weight to it in 2017.

Throughout the special, Minhaj also freely interacts with the audience, establishing a conversational tone to the entire show that makes the heavier and less obviously funny moments strike even harder. And, by the time that Minhaj reaches the crux of the show, he's telling an anecdote that contains a nearly decade-long story that starts with a high school crush, and details heartbreak, petty revenge, forgiveness, and a Pizza Hut commercial before ending on the message of hope for the future.

This story in particular centers around a racial disconnect between him, his childhood crush who was white, and the family of his crush. While the story is told as a criticism of her family's response to him and his own anger towards this crush, Minhaj truly proves himself as a storyteller when he twists the perspective back on himself and looks at his own flaws. Specifically the same flaw that nearly everyone mentioned in his special succumbs to, the fact that he judged someone by the idea of them and not as another human being trying to figure out their own weird, confusing experience.

As 2017 continues to create dark and confusing political climate, a story like that of Minhaj's life is more important than ever to help everyone understand that the only way that people can continue to survive is to do so together. Minhaj argues that we are all equal in our worth, and in our need for understanding and empathy. And we could all certainly use a little more of that these days.