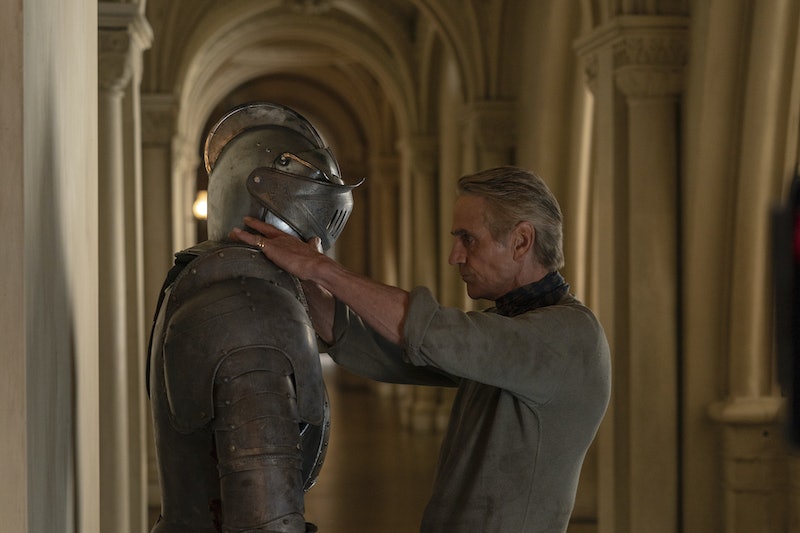 HBO's Watchmen is an intentionally dense show, with newspaper headlines that seem important but don't have any context or having characters talk about historical events that don't happen onscreen. Luckily, HBO's Peteypedia site lets Watchmen fans fill in some of the blanks for themselves in case they're interested in the minutia of the Watchmen universe with supplemental materials, such as the make-up of the Supreme Court or why everyone still uses beepers.

Each issue of the original Watchmen comics shared information relating to the story's alternate history by providing excerpts from various in-universe books and government memos — most notably the superhero memoir Under The Hood by Hollis Mason, which detailed the history of costumed superheroes in the Watchmen universe. HBO's Peteypedia website performs a similar function, documenting in-universe memos and newspaper articles that fill in some of the blanks left by the series. These files are presumably collected by Agent Petey, the guy who ran the projector until Laurie Blake chose him to be her right-hand man in Tulsa.

While the documents are by no means necessary to read to understand the show, they are useful for any fans who want to learn a little bit more about the show's world, or just want a little taste of Watchmen content in the weeks between new episodes. As of the airing of the show's third episode there are 10 documents on Peteypedia, and here are the most important pieces of information gleaned from them.

Rorschach's Journal Only Took Off With Conspiracy Theorists

Agent Petey's internal memo about the historical significance of Rorschach's Journal explains the consequences of one of the graphic novel's major cliffhangers. The sight of Rorschach's Journal, which details the events of Watchmen from the right-wing vigilante's perspective, on a reporter's desk in the comic's last panel suggested that the truth about everything that happened in the comics would come out.

While Rorschach's story about Ozymandias planning organizing the massive squid attack (called the Dimensional Incursion of Event in Peteypedia, D.I.E. for short) was published in The New Frontiersman, the newspaper's hard right-wing bent and penchant for conspiracy peddling caused most of the world to disregard the publishing of the journal as wild speculation masked as journalism. His memo also reveals that Dan Dreiberg, Rorschach's former crime-fighting partner under the name Nite Owl and friend of Laurie Blake, has been imprisoned since the events of Watchmen.

People Think Technology Was Responsible For The Squid Attack

While the truth of the D. I. E. is that Ozymandias orchestrated it, the FBI memo "The Computer And You" suggests while technology in Watchmen feels both futuristic (hologram museums!) and retro (pagers?), people are still really scared of technology, believing it to be the cause of the deadly squid attack.

As the author of the memo states, "The computers, the phones, the towers that would have provided communications without wires —we destroyed it all, hoping it would save us. And yet, baby cephalopods still rain from the sky."

While we know that Judd Crawford was hiding a Ku Klux Klan robe behind his closet, the details of his relationship to the Klan are unclear. However, a 1955 letter from J. David Keene (presumably the father of Senator Joesph Keene Jr.) welcomes Sheriff Crawford (Possibly the father of Judd) into an organization that appears to be a secret society — but doesn't seem to have any direct correlation to the KKK. While many of the Peteypedia files are dedicated to exploring the history of Watchmen, this letter proves that the series is also exploring new characters and settings introduced in the show.

Peteypedia adds new documents after every episode, and while not every mystery about Watchmen is solved by these pages, the content they hold helps shade in some of the blank parts of Watchmen's baffling tapestry.