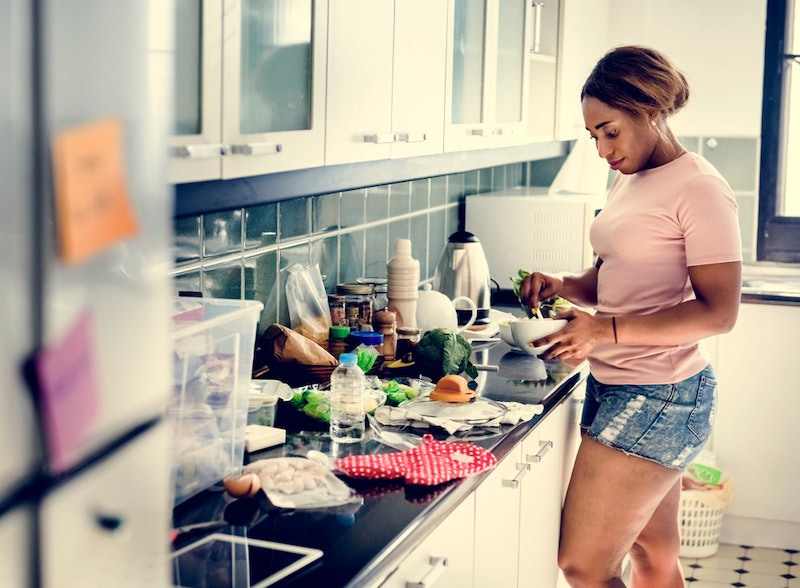 These days, it seems like every type of lifestyle choice contributes to a medical condition — even those touted as healthy. Case in point, a new study that found vegetarians are at a higher risk for stroke than meat eaters has some people scratching their heads. Published in the journal BMJ, the study by researchers from the Nuffield Department of Population Health at Oxford University examined data from more than 48,000 people in the UK ⁠— who had no history of heart disease or stroke ⁠— over an 18-year period. The groups studied included meat eaters, those who ate fish but no meat, and vegetarians and vegans.

While vegans, vegetarians, and fish eaters had a 13% lower risk for ischaemic heart disease, they were 20% more likely than meat eaters to experience a stroke, the study reported. However, despite these findings, researchers said the results are not conclusive. "Additional studies in other large scale cohorts with a high proportion of non-meat eaters are needed to confirm the generalizability of these results and assess their relevance for clinical practice and public health," lead study author Dr. Tammy Tong said in a press release.

What's more, another recent study of more than 70,000 people published in JAMA Internal Medicine found links between a plant-based diet and living a longer life. "Substitution of plant protein for animal protein, mainly for red or processed meat protein, was associated with lower risk of total, cancer-related, and cardiovascular disease–related mortality," that study reported.

In the Oxford University study, researchers cited several Japanese studies and speculated that difficulty getting key nutrients, like vitamin B12, vitamin D, essential amino acids (the building blocks of protein), and long chain n-3 polyunsaturated fatty acids, from some vegan and vegetarian diets could explain the higher stroke risk.

If you're a vegan or vegetarian, and you follow this line of reasoning, making sure you're getting sufficient nutrition from your plant-based diet is key to reducing your risk for a stroke. For some people, getting all of the vitamins their bodies need from a plant-based diet is tough, but it can be done.

"Make the most out of each meal," Tracy Lockwood Beckerman, registered dietitian and founder of Tracy Nutrition, tells Bustle. "For example, add some protein-rich seeds, like sunflower or flaxseeds, on top of your steel cut oats in the [morning], [or] throw some lentils or nuts in your leafy greens for lunch," she suggests.

In addition, you can also take vitamins and supplements if you feel you're not getting enough nutrition from your diet. If you're not sure how to tell, Beckerman says there are clear signs your body needs more protein.

"If you notice that you are suddenly prone to infection, have noticed a change in the fullness and texture in your hair, have a decrease in muscle mass and strength, or your nails have become brittle, it’s possible you need an extra punch of protein."

In response to the Oxford University study, the Science Media Centre reached out to experts and compiled responses from doctors who say the study results, as with nearly every study, should be taken with a grain of salt.

"Nutritional epidemiology is notoriously difficult, as it is hard to measure what people eat. As observational studies in nutritional epidemiology go, this is a reasonably high quality one, with relatively detailed dietary information and a long follow-up period," Dr. Stephen Burgess, group leader at the MRC Biostatistics Unit, at the University of Cambridge, who was not involved with the study, said.

"Still though, this is an observational study, and so it tells us about differences between people who choose to be vegetarian compared with those who choose to eat meat, but it does not tell us what would happen if those who currently choose to eat meat instead decided to eat a vegetarian diet. That would require performing a randomized trial and intervening on people’s diet directly, which is not practical to do for large numbers of people, particularly for such a long time period."

He added that many factors make up a person's overall health, and a plant-based diet is not a total solution for lowering your risk of disease. "When considering cardiovascular health, switching to a vegetarian diet should not be seen as an end in itself, but should be considered alongside additional dietary and lifestyle changes. In isolation, the benefit of switching to a meat-free diet is not likely to be substantial," he explained.

What's more, it's important to remember that what's good for one person is not good for every person, and every person's body needs different things in order to stay healthy. As long as you eat a healthy and well-balanced diet, don't smoke, refrain from drinking alcohol excessively, engage in some sort of exercise, and maintain regular check ups, you're doing the best you can for your health.